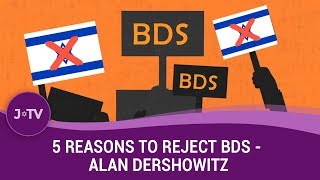 The other day my wife and I had a meal with the person who represents our local district in the House of Representatives. My wife had previously told the representative that we thought she was insufficiently progressive and that we disagreed with her recent vote to suppress the boycott Israel movement (BDS) here in the United States. Instead of never hearing from her again, she invited us out for lunch.

It turns out she is a quite pleasant, intelligent, liberal-minded person on almost all subjects. She is particularly worried about the security of the voting system -- and that is certainly warranted. However, in the July 2019 vote to suppress the BDS, she tossed liberality to the winds, turned her back on freedom of speech, and went "PEP" -- "Progressive except for Palestine." We pointed out that repressing the right to advocate boycotts, a non-violent form of protest was the equivalent of suppressing part of the Constitution.

So, we asked, why did you do it? Her answer, at least in part, was because the Western world is full of anti-Semites -- we could not determine how full is "full." Regardless, we pointed out that the BDS movement here in the U.S. is led by Jews, and thus hardly an anti-Semitic effort. She agreed but mistakenly worried that it was anti-Semitic in Europe. In any case, how would the suppression the boycott bill here help there? It wasn't making sense to us.

However, that turned out to be beside the point. The world needed a place of Jewish refuge come the next attempted Holocaust. This assumed next Holocaust seems to be taken for granted. And so, Israel, such as it is, needs to be protected from the good intentions of those concerned with such things as international law and human rights. Our otherwise delightful representative is not alone in this outlook. I have certainly heard the argument before -- a lot. I have heard it from Jewish, as well as gentile, friends, family, intellectuals, professionals -- intelligent folks who, nonetheless, are here indulging in faulty circular reasoning. Here is how it goes:

Fear of resurgent anti-Semitism causes these folks to insist on the preservation of Israel as a "Jewish state" to serve as a refuge for Jews worldwide.

Yet Israel, in its ideologically driven (Zionist) effort to create such a refuge, has made itself into an apartheid state. As such it treats non-Jews as subject people. Discrimination is rampant, the Gaza Strip is the world's largest open air prison, Palestinian land is stolen and property destroyed on a daily basis on the West Bank and in East Jerusalem.

This behavior on the part of Israel, the assumed refuge from anti-Semitism, has caused an increase in anti-Jewish sentiment throughout the Muslim world, and provided a context for indigenous Western ultra-nationalists who also harbor an anti-Semitic outlook, to go public with their anti-Jewish bigotry.

The resulting increase in anti-Semitism makes more urgent the fear that demands the need for Israel as a safe haven.

This is flawed reasoning. In truth Israel is not a refuge from anti-Semitism, it is rather a generator of anti-Semitism. It is not really that place that Jews fantasize about in their worship, "next year in Jerusalem." It is rather a place that threatens the ethical and moral well-being of the Jewish people as a whole.

There is plenty of evidence that Israel is just such a negative place. But perhaps, like my congressional representative, you find that difficult to believe. Well, consider the recent observations of a couple of Israeli Jews who discuss the situation as insiders, and do so with eyes wide open.

On 12 June 2019 Amira Hass, who has served for 30 years as the Occupied Territories correspondent for the Israeli newspaper Haaretz, gave an interview to Mari Cohen of Jewish Currents. Hass made the following points:

There will not be a two-state solution. "The current reality is ... one state, which is an apartheid state. This means there are two separate laws: one for Palestinians and one for Israeli Jews. The Palestinian population is subdivided into groups and subgroups. ... They're disconnected from each other. ... [This apartheid status has proved] sustainable because the world has accepted it. For Israel, this is the desired reality. "There is no desire on the part of Israel to reach a different reality."

Related Topic(s): Anti-semitism; Boycott; Family; Friends; Holocaust; Israel; Israel And Palestine; Israel Firsters; Israeli Intransigence; Israeli Pressure On US; (more...) Israeli Settlements; Propaganda, Add Tags  (less...)
Add to My Group(s)
Go To Commenting
The views expressed herein are the sole responsibility of the author and do not necessarily reflect those of this website or its editors.