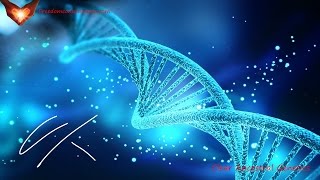 Remember the college admissions scandal? Earlier this year we learned that awesomely affluent parents have been spending small fortunes on scams to get their undeserving teenage offspring into America's most elite colleges and universities.

This admissions scandal crept back into the news cycle earlier this week when Vanity Fair reported that the wealthy parents of one California teen had plotted with a top admissions "consultant" to get their white and distinctly non-athletic daughter accepted by elite schools as a black tennis champ.

In this case, the rich parents overreached. Their scam failed. But plenty of other sports-related scams, we now know, worked quite well. Rich families paid to have their kids' faces photo-shopped onto the bodies of real high school athletes. They conspired with college tennis, soccer, and water polo coaches to get their kids admitted under false pretenses into schools like Yale and Georgetown.

The answer the college admissions scandal makes plain: Many of the richest among us will stop at nothing to perpetuate their privilege. Spend a fortune to make their kids genetically superior? Of course they would.

Should we be aghast at this prospect? Of course we should.

What used to be pure science fiction the ability to edit our DNA has now become science reality. A generation ago our hippest young programming hotshots were working in computer code. Now the high-tech hip are busy working to reprogram our genes.

Worried senior scientists, notes historian Walter Isaacson, have begun talking "about the need for a moratorium on making edits that can be inherited." They have plenty of reason to worry. In our deeply unequal world, grand private fortunes have much more of a capacity to shape how gene-enhancement technologies evolve than our scientists and ethicists.

"Look at what parents are willing to do to get kids in college," observes MIT neuroscientist Feng Zhang. "Some people will surely pay for genetic enhancement."

Should these super rich, asks Erik Sontheimer, a University of Massachusetts expert in molecular medicine, simply "be allowed to buy the best genes they can afford?"

The genetic pioneer Zhang certainly doesn't think so. Think of what that would do, he urges, "to our species." Think about our societies, too. A "free market" for genetic enhancement, suggests historian Isaacson, might well encode our world's current inequities on a permanent basis.

What can we do to help guard against that dystopian future? Isaacson sees promise in one bold approach: Let's not permit anyone to get rich off ge tech. The essential first step toward this egalitarian goal: Let's prevent anyone from patenting a genetic-engineering breakthrough.

If researchers and the enterprises that employ them couldn't patent new genetic-engineering techniques, no one would be able to hit the financial jackpot by becoming the first to make a breakthrough on one genetic-enhancement front or another. No one would be able to use the monopoly power that patents bestow to charge what only the rich can afford to pay. Benefits from breakthroughs could become would become much more accessible to everyone, not just the rich.

Related Topic(s): Athletes; College; Inequality; Innovation; Scientists, Add Tags
Add to My Group(s)
Go To Commenting
The views expressed herein are the sole responsibility of the author and do not necessarily reflect those of this website or its editors.