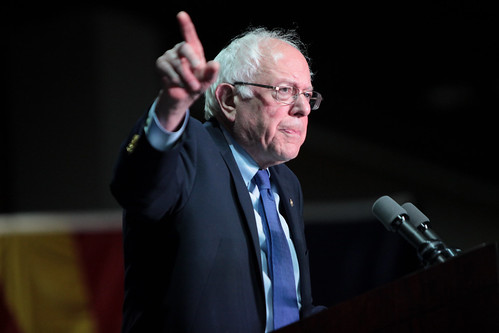 Bernie Sanders has won. Not the Democratic Party's presidential nomination. Another candidate in the race collected millions more votes and secured a majority of delegates. But Sanders, the independent socialist senator from Vermont who has spent most of his political career running against Democrats, has achieved a tremendous ideological triumph. He has pushed -- or pulled -- Hillary Clinton, that other candidate, and the entire Democratic Party in a progressive direction, while proving that his anti-corporate, big-money-bashing populism of the left can inspire millions.

That's a big deal. A two-term senator who had a small national following and not much influence on Capitol Hill prior to his presidential crusade has become a policy kingmaker. He now must ask whether what he has accomplished is good enough to allow him to turn to the task of defeating Donald Trump, the presumptive GOP nominee. Or does Sanders really believe he should continue his fight against Clinton and the party?

On Tuesday, Sanders told USA Today that he was preparing for a clash at the Democratic convention next month -- that is, if the party does not embrace his more progressive stances on the minimum wage, trade, and climate change. He was essentially threatening at least three more weeks of intra-party squabbling, while the Clinton campaign and the Democratic establishment want to devote their attention and resources to the existential battle against Trump. In another interview that day, Sanders, who has said he will vote for Clinton, declared that Clinton has not yet passed the litmus test to win his endorsement.

David Corn is  Mother Jones ' Washington bureau chief. For more of his stories,  click here . He's also  on  Twitter  and  Facebook .  RSS  |  TWITTER  David is (more...)
Related Topic(s): Bernie Sanders; Bernie Sanders Endorsements; Democrats, Add Tags
Add to My Group(s)
Go To Commenting
The views expressed herein are the sole responsibility of the author and do not necessarily reflect those of this website or its editors.