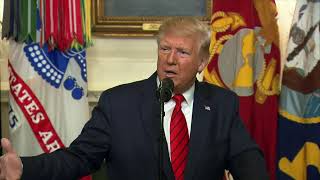 "He died like a dog." President Donald Trump could not have scripted a better one-liner as he got ready for his Obama bin Laden close-up in front of the whole world.

Abu Bakr al-Baghdadi, fake caliph, ISIS/Daesh leader, the most wanted man on the planet, was "brought to justice" under Trump's watch. The dead dog caliph is now positioned as the ultimate foreign policy winning trophy ahead of 2020 reelection.

The climatic scenes of the inevitable-as-death-and-taxes movie or Netflix series to come are already written. (Trump: I "watched it like a movie.") Cowardly uber-terrorist cornered in a dead-end tunnel, eight helicopter gunships hovering above, dogs barking in the darkness, three terrified children taken as hostages, coward detonates a suicide vest, tunnel collapses over himself and the children.

A crack forensic team carrying samples of the fake caliph's DNA apparently does its job in record time. The remains of the self-exploded target then sealed in plastic bags confirm it: it's Baghdadi. In the dead of night, it's time for the commando unit to go back to Irbil, a 70-minute flight over northeast Syria and northwest Iraq. Cut to Trump's presser. Mission accomplished. Roll credits.

This all happened at a compound only 300 meters away from the village of Barisha, in Idlib, rural northwest Syria, only 5km from the Syria-Turkish border. The compound is no more: it was turned to rubble so it would not become a (Syrian) shrine for a renegade Iraqi.

The caliph was already on the run, and arrived at this rural back of beyond only 48 hours before the raid, according to Turkish intelligence. A serious question is what he was doing in northwest Syria, in Idlib a de facto cauldron like Donbass in 2014 which the Syrian army and Russian airpower are just waiting for the right moment to extinguish.

There are virtually no ISIS/Daesh jihadis in Idlib, but lots of Hayat Tahrir al-Sham, formerly Jabhat al-Nusra, as in al-Qaeda in Syria, known inside the Beltway as "moderate rebels," including hardcore Turkmen brigades previously weaponized by Turkish intel. The only rational explanation is that the Caliph might have identified this Idlib backwater near Barisha, away from the war zone, as the ideal under-the-radar passport to cross to Turkey.

The plot thickens when we examine Trump's long list of "thank yous" for the successful raid. Russia came first, followed by Syria, presumably Syrian Kurds, not Damascus Turkey and Iraq. In fact, Syrian Kurds were only credited with "certain support," in Trump's words. Their commander Mazloum Abdi, though, preferred to extol the raid as an "historic operation" with essential Syrian Kurd intel input.

In Trump's press conference, expanding somewhat on the thank yous, Russia again came first ("great" collaboration) and Iraq was "excellent": the Iraqi National Intelligence Service later commented on the break it had gotten, via a Syrian who had smuggled the wives of two of Baghdadi's brothers, Ahmad and Jumah, to Idlib via Turkey.

There's no way U.S. Special Forces could have pulled this off without complex, combined Turkish, Iraqi and Syrian Kurd intel. Additionally, President Recep Erdogan accomplishes one more tactical masterpiece, juggling between performing the role of dutiful, major NATO ally while still allowing al-Qaeda remnants their safe haven in Idlib under the watchful eye of the Turkish military.

Significantly, Trump said, about Moscow: "We told them, 'We're coming in'" and they said, 'Thank you for telling us.'" But, "they did not know the mission."

They definitely didn't. In fact, the Russian Defense Ministry, via spokesman Major General Igor Konashenkov, said it had "no reliable information about US servicemen conducting an operation to 'yet another' elimination of the former Daesh leader Abu Bakr al-Baghdadi in the Turkish-controlled part of the Idlib de-escalation zone."

Related Topic(s): Balkanization; Caliphate; Died Like A Dog Movie; Oil; Salafist; Sunni; Syria; Trump, Add Tags
Add to My Group(s)
Go To Commenting
The views expressed herein are the sole responsibility of the author and do not necessarily reflect those of this website or its editors.