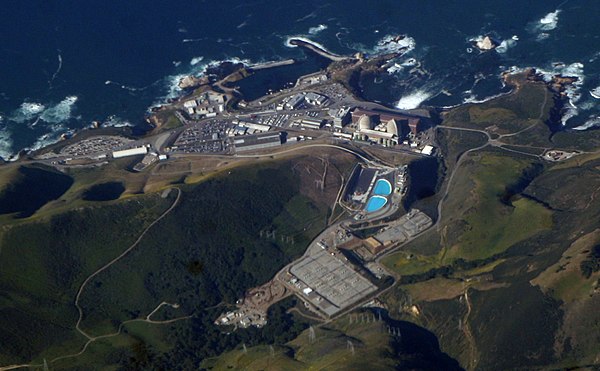 California's Super Tuesday primary on March 3 comes amid an atomic struggle whose outcome will hugely impact the nation and world, including the global climate crisis, the Green New Deal and the outcome of the 2020 election.

Ground Zero is Diablo Canyon, nine miles west of San Luis Obispo. Ringed by earthquake faults, the two big atomic reactors there are less than 50 miles west of the infamous San Andreas Fault. Since their mid-1980s opening, the Diablo Canyon reactors have become a symbol of everything the global No Nukes movement opposes, provoking more civil disobedience arrests (over 10,000) than any other U.S. reactor site.

The two reactors are also in the vortex of a revolution in green tech. All other California nukes have since shut down. Meanwhile, new solar and wind installations accounted for some 1,700 megawatts of new green capacity last year alone. That's nearly three-quarters the total power of the two Diablo nukes combined.

Then its shoddy wires fed epic wildfires that killed more than 80 northern Californians and destroyed some 10,000 structures. Countless square miles of forest turned to ash along with the entire town of Paradise (misnamed "Pleasure" by President Trump in a later visit).

On February 26, in a parallel Massachusetts case, Columbia Gas was convicted of criminal negligence in a 2018 gas fire that killed one person, injured dozens more and torched numerous buildings. The company will pay a $53 million fine and leave the state.

PG&E's fire victims have sued for tens of billions of dollars, prompting this latest bankruptcy.

Since 2017, PG&E has also lost more than half its customers. As part of a national push for public power, Community Choice Aggregation (CCA) now allows local citizens to form their own power companies, slashing deep into mega-utility rate bases.

The scam is national. Corrupt governors and legislatures in New York, Illinois, Ohio, New Jersey and Connecticut have approved massive ratepayer handouts for obsolete, dangerously decayed reactors. Almost all of the U.S.'s remaining 96 reactors are more than 30 years old. All emit heat, carbon and radiation. None can compete with new renewables.

Diablo alone bleeds at least a billion dollars per year. Running it through a planned 2025 shutdown would lose the company $7 billion more than an immediate closure.

Gov. Gavin Newsom has an iron grip on the outcome. Widely seen as future presidential timber, Newsom has angrily called PG&E everything from incompetent to "in peril of not existing."

However, Newsom has ignored a major petition to have Diablo inspected. He's waffled on the proposed takeover. He's ignored PG&E's exit fee. He's been starkly silent on the future of the state's last two nukes.