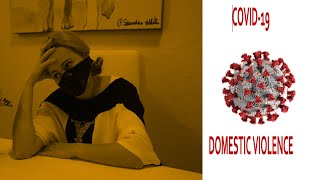 Part I -- Episodes of Madness

If I told you that COVID-19 was sparking recently reported episodes of madness here in the U.S., what do you imagine would be the reason? Maybe it would be the consequences of isolation. If you are alone and have few resources, lockdown might send you over the edge. Maybe it would be the pandemic's impact on those with chronic hypochondria. This is obviously not an easy time to be stuck with an irrational fear of disease. Or maybe it is coming from the fundamentalist crowd (both Christian and Jewish) who believe that COVID-19 is the wrath of God yet can't figure out why it is being visited upon their congregations. If you guessed any of these possible etiologies, you would missing the main cause.

So what is mainly causing the present outbursts of madness? It turns out to be a perverted concept of freedom. It is an insistence that, in the midst of a pandemic, temporarily closing down businesses, mandating the wearing of masks, and maintaining social distancing is an intolerable infringement on individual rights. If you would like a visual snapshot of the emotion behind this belief, just take a look at the gun-toting, maskless protesters at the Michigan state legislative building in early May. They are shouting irately about state tyranny, into the faces of masked guards. Other anti-mask protesters around the country revealed a similar off-the-wall attitude, with signs and banners ranging from the nonsensical to the scary: "Give me Liberty or Give me COVID-19," and in contradiction, "COVID-19 is a Lie," "Sacrifice the Weak -- Reopen," and "Jesus is My Vaccine." There is one other right-wing anti-COVID protest sign that must be noted. This one showed up both at the Michigan rally and one in Chicago: 'Arbeit Macht Frei," or "Work will make you free." It is the slogan that stood at the entrance to the Nazi concentration camp at Auschwitz.

This perverse notion of freedom is wholly individualistic. That is, it makes no reference to community rights or needs. This point of view is not restricted to armed anarchists or disgruntled religious fundamentalists. Some quite prominent and successful proponents of this view go so far as to deny the reality of society, per se. Such a denial makes government, particularly in the form of the welfare state, a freedom-denying effort at social control. Also, if society is an illusion, then an institution that taxes the individual for its upkeep is little more than a con artist.

The British Prime Minister Margaret Thatcher was an advocate of this outlook. Here is how she put it: "I think we have gone through a period when too many people ... understand that if they have a problem, it is the government's job to cope with it!" 'If I am homeless, the government must house me!"' and so they are casting their problems on society and who is society? There is no such thing! There are individual men and women and there are families and no government can do anything except through people and people look to themselves first. "There is no such thing as society." This is faulty logic. Some problems, like poverty and homelessness, can only be understood and dealt with within a societal context. Thatcher would have none of that. Since society does not really exist, problems with societal roots can't be real either. If Thatcher were alive today, she would probably admit that the COVID-19 pandemic was very real, but otherwise would be reluctant to deal with it in any collective manner -- just as are our perverse defenders of "freedom."

The madness of these right-wing provocateurs is largely ideological in the Thatcher sense. It is also underlaid with a strong selfishness that really has nothing to do with economic hardships of lockdown. What they are saying is that "I don't care about other people. I don't want to wear a mask and social distance, and you can't make me." It is the ideology of selfish children and this attitude can drive people to act out in the same way it drives five-year-olds to have temper tantrums. Unfortunately, these protesters are not just children and their acting out goes beyond sloganeering.

Since April 2020, numerous public health workers, particularly those with policy-making input, have faced threats and intimidation. Sometimes this is through e-mail or Facebook or over the phone. Sometimes it is having to face an armed mob at your front door. Here are a few recent examples:

Lauri Jones, director of public health in a county in western Washington state, followed up on someone breaking a COVID-19 quarantine. Immediately she faced a barrage of threatening calls and e-mails from not just her home area but from around the country. Her address was posted on Facebook. She called the police and had to set up surveillance cameras at her home.

Amy Acton, Ohio's public health director "endured months of anger against the state's preventive measures, including armed protests at her home." One Republican legislator called her a Nazi (Acton is Jewish) and another labeled her a dictator. She has since quit her job and now consults for the state's health department.

Georgia's public health director has been assigned an armed guard.

Related Topic(s): Bullying; Corona Virus Coronavirus Covid-19; Death; Guns; Health; Politicians; Violence And Abuse, Add Tags
Add to My Group(s)
Go To Commenting
The views expressed herein are the sole responsibility of the author and do not necessarily reflect those of this website or its editors.