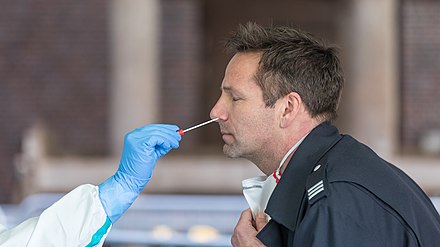 The COVID-19 outbreak isn't over yet, but we've reached a turning point: American politicians and bureaucrats are beginning the tricky process of trying to simultaneously walk back their predictions of catastrophe, while awarding themselves the credit for those predictions not coming true, and avoiding the blame they deserve for inciting headlong irrational panic.

I'm no more immune than others to seeing confirmation of my views in outcomes on the ground. I might just as easily have titled this column "Confirming My Priors" or "That Rug Really Tied the Room Together." But I'm gonna roll with temptation. I think this episode HAS confirmed my priors.

For nearly three decades, I've been pointing out to my readers that politicians are expensive serial killers who pose unacceptable risks to our lives and liberties.

We can usually "afford" their depredations. The US government only openly steals about one out of every five dollars you earn, and its Food and Drug Administration (as an example) only murders about as many Americans each month as were killed in the 9/11 attacks.

But every once in a while their antics boil over into a Holodomor or a Holocaust or a Great Leap Forward. And that should keep you lying awake nights trying to think of a better way.

For those same three decades, I've been pointing out that you don't actually need the politicians, that they don't serve any useful productive purpose -- and that they will go to any length to keep you from NOTICING that they're useless and that you don't need them.

I'd like to believe that COVID-19 will make these points so obvious that I can retire.

For example, it seems to me that people should just naturally notice that countries (like South Korea) and US states (like Florida) that are maintaining relative freedom of movement, assembly, commerce, etc., are coming through this thing in much better shape than countries (like Italy) and states (like New York and New Jersey) that went into full-on fascist "lockdown" mode.

And I'd like to think that having noticed, Americans will do the right thing:

Get back to living.

I'm not saying don't be careful. I'm saying that you know better than any politician what being careful entails for you, and what risks are acceptable to you.

And if the politicians send uniformed thugs to enforce their dictates? Leave a few of their bodies lying in the streets, or hanging from lamp-posts, as a warning to the wise.

Resist much. Obey little. Never forget that the politicians tried to exploit this pandemic to reduce you under absolute despotism. And stop giving them such opportunities.

Related Topic(s): Corona Virus Coronavirus Covid-19; Resistance, Add Tags
Add to My Group(s)
Go To Commenting
The views expressed herein are the sole responsibility of the author and do not necessarily reflect those of this website or its editors.