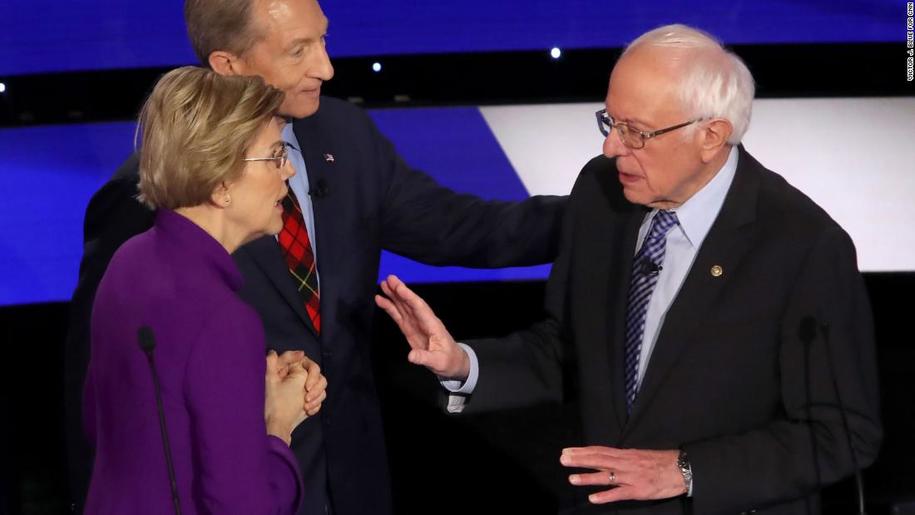 CNN had the backup recording system rolling at the Democratic Debate as it picked up the tense exchange between Bernie Sander and Elizabeth Warren.

I think you called me a liar on national TV," Warren can be heard saying.

"I think you called me a liar on national TV," she repeated.

After their exchange, fellow Democratic candidate Tom Steyer, who had been standing behind the two senators, can be heard saying, "I don't want to get in the middle. I just want to say hi Bernie."

There must be a misunderstanding in the context of whatever occurred between these two progressives. But Bernie was saying the right things before many.

Every nimble plane is a policy failure. (@KindAndUnblind) January 13, 2020

I think we should put this one to rest and remember Warren's excellent comment.

Egberto Willies is a political activist, author, political blogger, radio show host, business owner, software developer, web designer, and mechanical engineer in Kingwood, TX. Egberto is an ardent Liberal that believes tolerance is essential. His favorite phrase is "political involvement should be a requirement for citizenship". He believes that we must get away from the current policies that reward those who simply move money/capital and produce nothing tangible for our society. If a change in policy does not occur, America will be no different than many oligarchic societies where a few are able to accumulate wealth while (more...)
Related Topic(s): Sanders-Bernard; Warren-Elizabeth, Add Tags
Add to My Group(s)
Go To Commenting
The views expressed herein are the sole responsibility of the author and do not necessarily reflect those of this website or its editors.