Republished from the Greyzone

Actor John Krasinski is one of the CIA's biggest fans.

"The CIA is something that we should all not only cherish, but be saying thank you every single day," he declared.

"The coolest thing ever for me, I mean I totally nerded out when we got to the CIA," Krasinski effused. "They were the most unbelievably generous, kind, smart people."

Krasinski's comments flowed directly from his experience as the star of the second season of the Amazon series "Tom Clancy's Jack Ryan."

In a new video analysis of the show (embedded at the end of this article), researcher Tom Secker exposed the show as straightforward US imperial propaganda which was produced in direct collaboration with the CIA and Pentagon.

The editor of the website Spy Culture, Secker has elucidated the role of Hollywood in disseminating propaganda aimed at instilling a militaristic mindset in the public.

Through FOIA documents, Secker has methodically demonstrated the role of the Pentagon, CIA, and FBI in shaping scripts and setting the agenda of some of the most popular American films and TV shows.

In analyzing Amazon's Jack Ryan series, Secker revealed that the CIA's direct role in crafting the show's content was concealed from viewers.

Even though the show was one of the first to film at the CIA's Langley base in years, the following disclaimer appeared at the end of each episode: 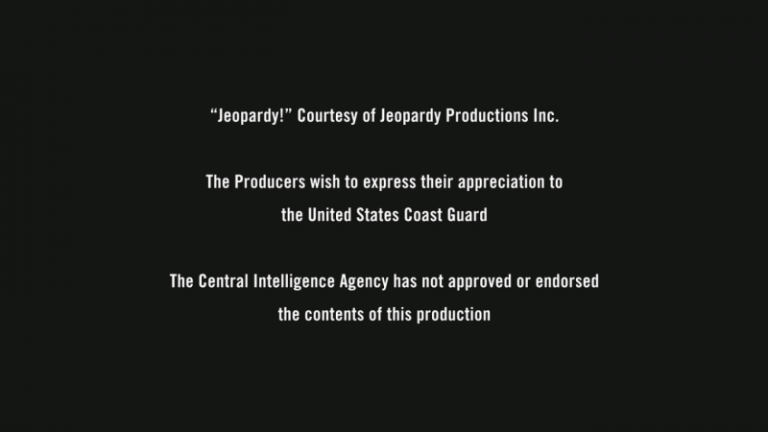 "This is government propaganda conducted in secret without the audience knowing," Secker stated. "Their aim is to manipulate how you see the world."

Inspired by the Cold War kitsch of pulp action author Tom Clancy, Amazon's Jack Ryan series was the product of extensive and direct collaboration between the show's producers and the Central Intelligence Agency.

In off-the-cuff comments during a recent USO tour of military bases, Krasinksi revealed that he was eager to "do a show that would interface more with the military and intel community." The actor said he requested direct engagement with the CIA, "so we did a lot of conversations about really making Jack Ryan fun as well as to make him relevant."

Krasinksi revealed that Jack Ryan relied on "so many different consultants and people who are always checking in with us" It's really just about asking questions and making sure we're not doing anything too far beyond the pale."

His co-star, Wendell Pierce, mentioned in a separate interview that he based his character on someone he met during one of the many trips the cast took to the CIA's headquarters. In fact, many scenes in the show were filmed on the agency's Langley, Virginia campus.

Related Topic(s): Amazon; CIA; Military; Propaganda; Regime Change; Venezuela; Venezuelan Coup, Add Tags
Add to My Group(s)
Go To Commenting
The views expressed herein are the sole responsibility of the author and do not necessarily reflect those of this website or its editors.