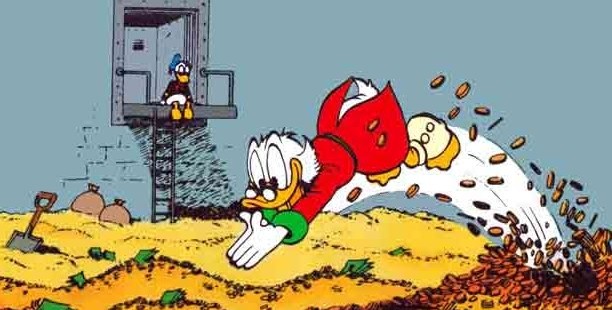 How much more than you does your boss make?

That all depends, of course, on many factors: whether your job is unionized, the industry you're in, whether you work in the public or the private sector.

Chances are, though, if your boss is the CEO of one of 350 top public corporations, he or she is making nearly 10 times what you are.

This is the conclusion the Economic Policy Institute (EPI) makes in a report that shows since 1978 CEO compensation has ballooned 940%; worker compensation, in contrast, has hovered around only 12%.

CEOs, according to the study, made, on average, $17.2 million last year.

One of the study's authors, Julia Wolfe, told The Real News:

"Just as the typical worker's compensation hasn't risen by that much in comparison to CEOs, other really highly paid earners also haven't experienced that extreme increase that CEO pay has. Certainly, they've started earning more in relation to the more bottom, in relation to the lower-level workers who are receiving lower compensation, but it's important to note this because it tells us this isn't just a matter of a reflection of an increased demand for skills, or an increased demand for a certain type of worker, or added value to the economy.

"Really, this is about a differential in power dynamics and the ability to set wages, and these are the people who are in power who are making these decisions. It really reflects that difference, rather than just difference in skill."

There are those who naturally defend this income disparity by claiming CEOs deserve so much more because they are the "most talented" in their respective fields, or that they must fend off inordinate competition from similarly talented CEOs threatening to take them over.

"So that doesn't seem entirely justified when we take a look at our study. I think that especially the extreme degree of this difference really doesn't validate that. And when you look at other high wage earners or the growth in other measures of the valuation of skills out in the market for example, if you take a look at the growth in the college premium in comparison to high school earners you see that has not grown nearly as much as the CEO compensation has grown. So, it's skyrocketing. It's skyrocketing much more quickly and more dramatically than other measures of this demand for different skills, for a market for a particular type of manager, and I think those are all important to note when we look at this. It really doesn't support that argument that these workers are really a different class, adding that much more, that much more competitive, or that there's so few of them that can be doing these jobs."

According to the EPI study:

Related Topic(s): Billionaires; Capitalism; Compensation; Corporations; Corporations; Economic; Economy; Employees; Employers; Inequality; (more...) Millionaires; Percentage; Policy; Prosperity; Workers, Add Tags  (less...)
Add to My Group(s)
Go To Commenting
The views expressed herein are the sole responsibility of the author and do not necessarily reflect those of this website or its editors.