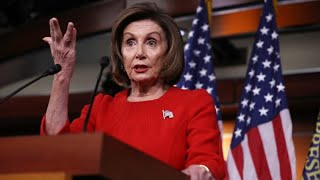 It was already clear two months ago, as Russia-gate flopped and its bastard child Ukraine-gate was born, that the septuagenarian Democrat Establishment power brokers, who were praying that Joe Biden who not say or do anything to derail his candidacy, shot poor Joe and themselves in the foot. We said so then (See: If the Facts Come Out, it Could Spell the End for Joe Biden here). Please find us a Beltway pundit that has come to that realization.

Was it not bad enough for Democratic party leaders to have insisted that a very reluctant (and now we know why) ex-Special Counsel Robert Mueller testify on July 24?

Who made that decision? And why did virtually all Democrats follow lemming-like off the cliff? After all, TV watchers had already observed the difficulty Mueller had in walking the short distance to and from the podium on May 29 for his (please, no questions) 10-minute appearance to end his public exposure for his poor excuse for an investigation.

He said at the time that he hoped that would do it for him. Did the doddering Democratic leadership not perform due diligence to determine whether his faltering Russia-gate gait suggested shortcomings in his mental acuity, as well? Too late now. And it will soon be too late to dominate the Ukraine-gate narrative, as well.

Following are excerpts from a recent article by Indian General turned writer, Vnod Saighal, who takes a look at the Impeachment process so far. Often it takes an observant, objective outsider to shed light on things like the dangers for Democrats, as the over-credulous Schiff founders and sinks. Schiff's main problem seems to have been his tendency to believe former CIA Director John Brennan. Schiff will sink with Brennan; stay tuned. Worse still, septuagenarian ineptitude could bring four more years of Donald Trump.

The drama of the removal of President Donald Trump continues. After the first series "The Russian Affair," the second "The Ukrainian Affair" does not seem better written. Above all, it shows the inability of the Democrats to criticize the president for his policies and could turn against them

"From the hearings so far most Democrats would have realized that from what had transpired so far, impeachment was a charge that might not hold water; Rejection by the Republican majority in the Senate becoming a later development, should it come to that. Therefore it appears that the Democrats would generally be satisfied were the proceedings to expose Trump and the manner in which foreign policy was being run during his watch. They hope that it would make a dent in his vote bank.

"What then are the anomalies that the Democrats would be loath to touch upon and the Republicans to date have failed to highlight?"

"The most glaring omission in the impeachment trial on the part of Nancy Pelosi and the House democrats was not to have discussed the Vice President Biden and his son's dealings in Ukraine thoroughly prior to commencement of the impeachment hearings, in closed-door discussions if they felt that was necessary. Had they done so many questions that should have been thrashed threadbare might either not have arisen or if they arose they would have done their home work in advance and would have had answers ready.

"It was not the case. Vice President Biden was heading to become the leading democrat contender to take on Trump in the forthcoming 2020 elections. His chances were considered bright. Due diligence required that the former Vice President's and his son's involvement that many today would term questionable be thoroughly gone into by face-to-face interactions. Should doubts have arisen they might have decided to delay the impeachment hearings till all matters had been clarified to their satisfaction.

"It is only a matter of time that Republican senators in the House bring it up as the hearings proceed. Or they might decide to turn the tables decisively in the Senate when the time came were the matter to reach the Senate. So far from what is known the Trump quid pro quo was related to the Ukrainian government investigating the Biden father and son's dealings. In recent weeks, Trump has relentlessly mocked Hunter Biden, to the point that his presidential campaign began selling shirts that say, "Where's Hunter?" highlighting that the former vice president's son had been out of the public spotlight for weeks. At a recent political rally, Trump noted that Hunter Biden had been thrown out of the Navy. Hunter Biden was discharged from the Navy Reserve in 2014 after failing a drug test and has struggled with alcohol and drug abuse."

"The House Democrats should realize that were the hearings to go deeper towards indicting Trump the tables might be turned on them. Were Mr. Biden to become or have become the Democrat presidential nominee sooner or later the people, the media and even representatives on the Capitol Hill would have raised the question as to whether former Vice President's dealings in Ukraine were questionable or not as these had started directly or by proxy while he was still in government. Further, was the involvement so deep that were he to ascend to the White House the Ukrainian government would be in a position to demand quid pro quo from time to time."

Ray McGovern works with Tell the Word, the publishing arm of the ecumenical Church of the Saviour in inner-city Washington. He was an Army infantry/intelligence officer and then a CIA analyst for 27 years, and is now on the Steering Group of Veteran Intelligence Professionals for Sanity (VIPS). His (more...)
Related Topic(s): Democrats; Hearings; House Speaker Nancy Pelosi; Impeachment; Investigation; Ukraine, Add Tags
Add to My Group(s)
Go To Commenting
The views expressed herein are the sole responsibility of the author and do not necessarily reflect those of this website or its editors.