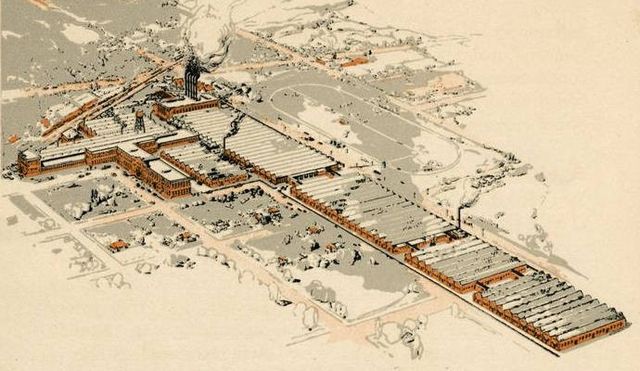 On April 18, US president Donald Trump visited the Kenosha, Wisconsin headquarters of Snap-on to speak in front of an American flag made of the company's tools and publicly sign an executive order titled "Hire American, Buy American."

The order itself is small beans -- it just orders four federal agency heads (Homeland Security, Justice, Labor, and State) to "review" policies and recommend changes that tend toward hiring and spending domestically instead of abroad. But such changes would just increase Americans' cost of living (and their taxes) rather than "saving Americans' jobs."

Capital tends to flow to where it can be most profitably invested. There's no secret conspiracy to deprive Bob in Wisconsin of gainful employment so that Li can have a job in Shenzhen. If a manufacturer can make a widget in Shenzhen, get that widget to America, and sell it at less than the cost of making it in Kenosha, Shenzhen wins ... and so does the consumer who buys that widget for less than it would have cost if Bob had made it. In fact, that consumer may be Bob himself, who's now hopefully making or doing something more profitable than manufacturing widgets.

I have two relatives who worked (in the 1980s) for a company that made blue jeans. One operated a sewing machine, the other was a sewing machine mechanic. Then the factory closed and the company moved production abroad.

They both found jobs in other fields. I've not discussed their wages or working conditions with them, but my impression is that they made out okay. Not everyone does, but on the whole we're better off with freer trade that tends to lower the prices we pay for goods and push our own work toward its most profitable and efficient uses.

The other day, I went shopping for jeans, and it suddenly occurred to me that the pair I was looking at cost less than a similar pair I bought circa 1990, and that not even accounting for inflation. I thought of my relatives.

Trump claims to be thinking of my relatives too, but his economic fantasies would harm them in the name of protecting them.

Related Topic(s): Buy American; Trump Executive Order, Add Tags
Add to My Group(s)
Go To Commenting
The views expressed herein are the sole responsibility of the author and do not necessarily reflect those of this website or its editors.