I believe that big is dangerous. Too big is abnormal, unhealthy and an abomination against nature. We see dangerous bigness in freaks of nature, in corporations and in billionaires.

In nature freakishly huge creatures do not do well. They die young.

The rise of giant corporations is a relatively new phenomenon. It started several hundred years ago with the East Indies company, which was partly owned by the king of England.

Billionaires have been around for longer. If we include royalty-- kings and queens, emperors and empresses, emirs, shahs-- used to hold their power by claiming they were chosen by and represented god. That time is over.

The reality is, giant corporations and billionaires are incredibly dangerous for humanity, for the planet, for ecosystems and the future of life on this planet. We need to develop values, attitudes, policies and laws that reject them, that make them not only illegal to exist but an abomination to attempt to become.

Today, there are two news items that stand out as obscene threats because of their bigness.

First, AT&T aims to acquire Time Warner. AT&T is already too big. Merging with Time Warner is a very bad idea. A company that provides access to media-- via tens of millions of smart phones, tablets, and Dish TV should not also be in the content business. It's too easy to decide what people should and shouldn't watch, what stories should and should not be told. No company should be able to spend $80 billion to buy another company. There should be size limits on companies. If companies get that big they should be broken up into smaller companies. They should never be allowed to merge to create leviathans that reached new heights of power. 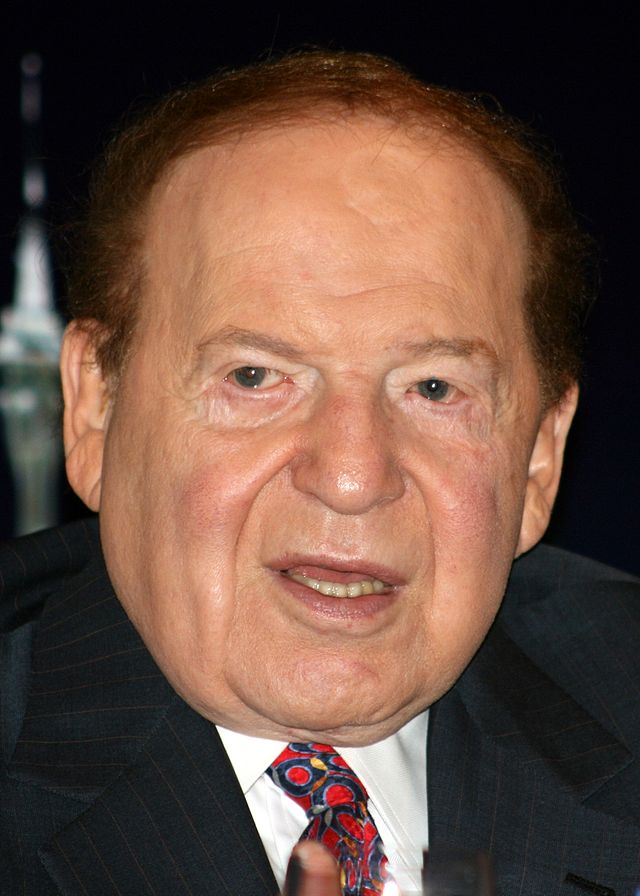 Next, we have the Las Vegas Review Journal, which was acquired late last year by Billionaire Sheldon Adelson. It's become the first major newspaper to endorse narcissist Sociopath Donald Trump for president. When I read the headline that a Las Vegas major newspaper had endorsed Trump, I was certain, before seeing the details, that it was Adelson's paper. Billionaires are extremely dangerous people, even the ones with good intentions. They have too much wealth, which gives them too much power and influence.

Newspapers should endorse based on the process most newspapers use. An editorial board composed of journalistic professionals talks to the major candidates and then issues endorsement based on the responses the candidates gave. How can anyone possibly trust a compromised newspaper like the Las Vegas Review Journal, or, for that matter, the Washington Post, which is now owned by Amazon founder Jeff Bezos.

I've based my beliefs about bigness on a set of bottom up values I've developed, through hundreds of conversations with people who have spent their lives working with bottom up ideas-- entrepreneurs, activists, politicians, whistleblowers, anthropologists, psychologists, indigenous peoples. For 99% of the time humans exists, bigness such as we see now was considered abnormal, unhealthy and insane. People who tried to accumulate wealth, like billionaires do would be considered insane and shunned by the band or tribe.

Unfortunately, now, there are billions of people who have been raised under the darkness of authoritarian religions and regimes so they have come to accept bigness and the domination that comes with it. They've actually learned to NEED authoritarian figures and social and cultural settings to feel safe. They run to escape situations where equality and lack of hierarchy are created.

We need to develop a new bottom up collection of values, a new value system that builds, from the bottom up, beliefs that see hierarchy as occasionally necessary, but also something very dangerous, that sees acceptance and embrace of authority and authoritarianism as a moral weakness, like alcoholism or addiction. We need to see striving to become extremely wealthy as a form of vice similar to addiction to heroin or sex.

The way we heal these pathologies must start, from the bottom up, in the cradle, with parents being given family leave time to properly raise children. With the right to have a child should come the responsibility to competently parent the child. Every parent should be required to learn what it takes to parent properly. When proper parenting, meaning parenting which produces healthy, well balanced children and adults who function optimally within society, does not happen, narcissistic, damaged, psychopathic or sociopathic or sociopathy tending children and adults are produced-- ones who embrace authoritarianism.

We need to stop allowing the creation of massive companies, stop allowing the existence of billionaires (I've written a whole series of articles on this,) and we need to start giving extended parental leave and requiring parenting training... and provide help to parents so children are raised in properly nurturing milieus. Those are some bigger goals. But today, we need to speak up to stop the AT&T acquisition of Time Warner, and we need to send a message to Sheldon Adelson that his newspaper endorsement isn't worth a penny.

Related Topic(s): Big Vs Small; Billionaires; No Billionaires Debillionairize; Sheldon Adelson; Time-Warner-Cable; Too Big To Fail, Add Tags
Add to My Group(s)
Go To Commenting
The views expressed herein are the sole responsibility of the author and do not necessarily reflect those of this website or its editors.