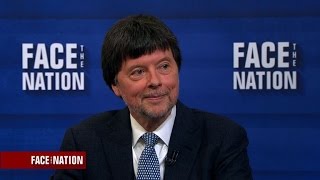 From a friend I heard about the Ken Burns, Lynn Novick PBS documentary on the Vietnam war which aired last Sunday that continues through this week.

Sorry...I didn't watch it and don't intend to. Why?

From James E. Williamson's "COUNTERPUNCH" piece, "Getting the Gulf of Tonkin Wrong: Are Ken Burns and Lynn Novick 'Telling Stories' about Central Events Used to Legitimize the US Attack Against Vietnam?" [1] we learn Burns uses the phrase "retaliation for the Gulf of Tonkin" incident as in the US was justified in retaliating against North Vietnamese gunboats firing against a US Navy ship in the Gulf of Tonkin which we know was the incident Congress used to pass the "Gulf of Tonkin Resolution" which was the basis for President Lyndon Johnson to escalate the war.

Only the truth is the Gulf of Tonkin incident never occurred. It was a false flag operation perpetrated by the US.

Plus this from the "U.S. Naval Institute" February, 2008 with US Navy Lieutenant Commander Pat Peterson writing, "once-classified documents and tapes released in the past several years, combined with previously uncovered facts, make clear that high government officials distorted facts and deceived the American public about events that led to full US involvement in the Vietnam war".

Were Burns, Novick and PBS unaware of this factual history? Please.

I find it incredulous that Burns, Novick and PBS would resort to propaganda in producing this so called "documentary" because it clearly misleads the public about the justification for escalating the Vietnam war that killed over 57,000 American GI's and millions of Vietnamese.

Maybe telling the truth about the phony justification for escalating the war wouldn't have lent itself to a good "story" by Burns, Novick and PBS and maybe no basis for the real story to be told.

Because the truth is those who died in the Vietnam war died for unjustified US aggression. They were pawns used for US machinations which back then was the so called "Domino Theory" that held if you let a country go Communist its neighbor would also go Communist so you had to intervene to prevent that from happening.

Forty Four years after the US military left Vietnam ignominiously that Communist country has become aligned with the US in trade with the former aggressor and siding with the US against China in the South China Sea.

Fear of Communism essentially died in the US with demise of the Soviet Union in 1991. It took 10 years for the Communist "bogeyman" to be replaced by "terrorism" as the new "enemy" concocted for the American people to be fearful of.

Retired. The author of "DECEIT AND EXCESS IN AMERICA, HOW THE MONEYED INTERESTS HAVE STOLEN AMERICA AND HOW WE CAN GET IT BACK", Authorhouse, 2009
Related Topic(s): American Hypocrisy; Media Documentary; Misleading Information; Propaganda; Public Disclosure; Public Interest; Public Perception; Public Television, Add Tags
Add to My Group(s)
Go To Commenting
The views expressed herein are the sole responsibility of the author and do not necessarily reflect those of this website or its editors.