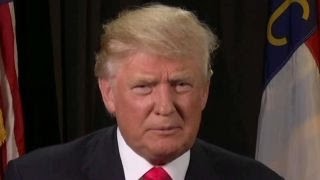 In my view the odds of this mega-landslide Democratic victory, which would surpass in scope even the classic wave election and be comparable to the massive victory of Lyndon Johnson over Barry Goldwater in 1964, are about 30 percent.

With President Trump at stratospheric levels of national unpopularity, but fervently supported by a base that is small compared to the general electorate, Republicans face a political death trap. By pandering to the fervent but limited Trump base for primaries, they disastrously alienate and mobilize virtually everyone else against them for the general election.

Most Americans condemn words Trump recently spoke that were widely seen as racist at a meeting to discuss a bill to protect "Dreamers," which a majority of Americans support. He broke his word to Democratic leaders because he fell under the spell of far-right members of his staff, who colluded with two nativist Republican senators who had trouble getting their story straight about the vulgar and bigoted words Trump spoke at the meeting.

Upon such unprincipled extremism, mega-landslides are built. A tidal wave of American voters are angry, alarmed and appalled by this. Smart Republicans would support the bipartisan compromise to protect the Dreamers proposed by Sens. Dick Durbin (D-Ill.), Lindsey Graham (R-S.C.) and others.

The possibility of a Democratic mega-landslide is dramatized by Trump's disastrous poll ratings -- and the degree his behavior hyper-motivates those who detest it to vote and hyper-alienates voters who have previously voted Republican but will not this year.

According to RealClearPolitics on Wednesday morning, Trump's approval stands at 39 percent. His disapproval stands at 56 percent. Democrats have an 11 percent lead in generic polling. These numbers could presage a Democratic mega-landslide.

Democrats are making a bold bid in red states. Democrat Doug Jones won a landmark victory in the Alabama Senate race. A major recent poll found Trump as unpopular in Georgia as he is nationally.

GOP members are retiring in large numbers. A new generation of dynamic Democrats, including dozens of veterans who served heroically in the military, have been inspired to run for Congress. Republicans face months of horrific news flow about indictments, plea bargains and criminal trials involving Trump Republicans and Russia.

When Trump practices his politics of racism he appalls many voters of all races. Many suburban voters become new Democratic voters. Highly motivated young voters become a generation that largely despises the things Trump Republicans do.

Trump electrifies the surging power of women, from women in Hollywood to the stunning victory in Wisconsin of Democrat Patty Schachtner, who won a special state senate election Tuesday by 9 percent in a district Trump carried by 17 percent.

America is a great family that includes people who are white, black, Hispanic, Asian, Native American, Christian, Jewish, Muslim, gay, straight, men, women and all who share the great American family in this country we love.

Related Topic(s): Democratic; Election; Poll; Republican, Add Tags
Add to My Group(s)
Go To Commenting
The views expressed herein are the sole responsibility of the author and do not necessarily reflect those of this website or its editors.