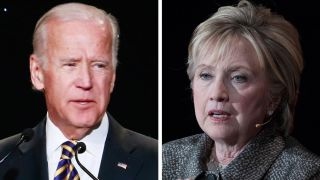 Democrats should convene a council of political war shortly after Labor Day to mobilize the full force and power of the party and the base that has been leading the resistance to the Trump presidency behind an aggressive campaign to win control of the House and Senate in 2018.

I have strongly supported all of them in the past, but must warn that, since the day President Trump was inaugurated, they have all been derelict in their political duty of doing everything they can to defend our country, and lift our party, against attacks on our democracy from a foreign enemy and his admirer, who is now our president.

Count me as a super-hawk against a Russian president using covert action to elect the American candidate he favors. Count me as a super-hawk for the idea that Democrats must wage a far more aggressive political war for our deepest values of patriotism and human rights with a tenacity and intensity equal to those who wage war against us.

Too many Republicans have been cowards by failing to fight for American democracy against a foreign enemy who would destroy it while they pursue an anti-democratic program of voter suppression, depression, division and deception executed by GOP politicians and supported by their propaganda.

Too many Democrats, for too many years, have been tentative and timid in fighting for what we stand for. Whatever Obama accomplished after eight years of his presidency, Republicans control the House, the Senate, the presidency, governorships, state legislatures and possibly soon the Supreme Court to pursue policies that impose hardship on the middle class, division among our people, antagonism against our president throughout the free world, and pain against the poor that is the antithesis of what leaders of faith such as Pope Francis teach.

The Obamas, the Clintons, Biden, Gore and Kerry should join the fight in full force -- now -- alongside others with a will to win the indescribably important midterm elections in 2018.

There is good news for Democrats. An anti-Trump wave election is building. Democrats have a strong chance to regain control of the House. The prospects for Senate Democratic incumbents running in 2018 are strong. Many strong GOP challengers have chosen not to run against them. If Democrats take GOP seats in Arizona and Nevada and Democratic Rep. Beto O'Rourke pulls off an upset victory against Sen. Ted Cruz (R-Texas), there is a pathway for Democratic control of the Senate.

Senate Minority Leader Charles Schumer (D-N.Y.) is leading brilliantly. The Senate Democratic Caucus today includes the strongest and most talented membership of any caucus of any party in any Congress in modern history.

The Democratic council of war I propose would include the luminaries named above, large Democratic donors who today fall far short of their right-wing counterparts, and grassroots superstar Sens. Bernie Sanders (I-Vt.) and Elizabeth Warren (D-Mass.) and a Democratic Hollywood star or two.

They should rouse large and small donors for a massive wave of fundraising in September 2017 to build an early war chest for 2018. They should immediately begin the largest voter registration and party building movement in history -- which should have begun already but has not, because of Democratic lethargy I challenge here.

There is huge energy and passion in the anti-Trump multitudes that Democrats have barely begun to tap. There is immense political power, moral and patriotic duty, and urgency of time behind the cause of defeating Trump's corrupt and heartless plan to remake America in his image, and Putin's aggressive plan to destroy our democracy.

Fellow Democrats, this is the war we face and must fight with fury to win, beginning now.

Related Topic(s): Anti-trump; Congress; Democracy; Democratic Leadership Council; Democratic Party, Add Tags
Add to My Group(s)
Go To Commenting
The views expressed herein are the sole responsibility of the author and do not necessarily reflect those of this website or its editors.