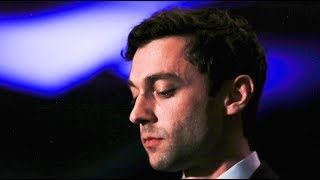 National Democrats did not lose the four special elections for House seats since President Trump was elected. They surrendered three without a fight in Montana, South Carolina and Kansas and ran a campaign in Georgia that was shallow, risk averse and content free.

Had Jon Ossoff won in Georgia, national Democrats would have been trumpeting the victory as the beginning of the end for the Trump presidency. But Ossoff, in another astonishing example of political malpractice, said the election was not about Trump but was about "local issues." While the Trump forces worked to drive their turnout higher and a right-wing PAC suggested Ossoff and liberals favor the shooting of congressmen, Ossoff campaigned like the nowhere man with a campaign that lacked toughness, theme or the fierce urgency of fighting for a great cause.

Instead of worrying about offending sensitive Republicans, Ossoff should have quoted prominent Republicans who warn against the grave dangers, extreme actions and banana republic tactics of the Trump presidency.

Instead of treating Trump as though he barely exists and running a campaign on "local issues," Ossoff should have openly asked voters to create a check and balance against Trump's crude politics of crony capitalism, conflicts of interest, national division and isolation from America's democratic allies around the world.

Democrats outside Washington are madder then hell. Democrats inside Washington need a war plan to turn public outrage into the great cause of restoring democracy and winning back control of Congress.

Democrats should create a massive war chest -- now -- to tap resistance to Trump from small donors and large donors. Hundreds of millions of dollars should be raised -- beginning today -- and put into an escrow fund to recruit and support Democratic challengers and incumbents in 50 key House races and 10 key Senate races for starters.

Obama, Biden, the Clintons, Gore and Kerry should belatedly join the fight in full force -- now -- by aggressively raising vast sums of money to recruit and support top-flight candidates for the 2018 midterm elections.

Second, the constantly sleepwalking Democratic National Committee should spearhead the largest voter registration drive in history, even larger than the Freedom Summer during the civil rights era. Republicans are waging a policy war against the interests and dreams of blacks, Hispanics, women and young people, who should be mobilized to register and vote like never before.

Democrats win elections by increasing the electorate, registering new voters in large numbers, and building a powerful and unprecedented get-out-the-vote machine for a party that acts like a movement and cause, not merely a collection of consultants making small fortunes through massive television buys for losing Democrats.

There is a great movement waiting for national Democrats to fight and lead. Those who lack the clarity and cajones to effectively confront the most unpopular new president in American history, which is what happened in all four recent special elections, should yield the floor to those who will wage and win the epic political struggle of our times.

Related Topic(s): Democracy; Democratic; Demonstrations; Politics, Add Tags
Add to My Group(s)
Go To Commenting
The views expressed herein are the sole responsibility of the author and do not necessarily reflect those of this website or its editors.