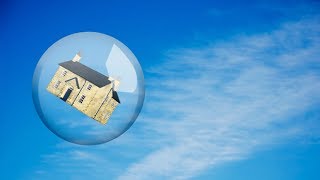 There has been much greater concern about the danger of asset bubbles ever since the collapse of the housing bubble sank the economy. While it is good that people in policy positions now recognize that bubbles can pose a real danger, it is unfortunate that there still seems very little understanding of the nature of the problem.

This is absurd on its face. If a bubble is large enough to threaten the economy, it is hard to miss. This was true of both the stock bubble in the 1990s and the housing bubble in the last decade.

At the peak of the stock bubble in 2000, the ratio of stock prices-to-trend corporate profits was more than twice its long-term average. This may have been justified if there was an expectation that profit growth was going to be much faster in the future, but almost no economic analysts projected this speed up.

Higher price-to-earnings ratios could also be justified if stockholders were prepared to accept lower returns on their stock than they had in the past. But there was no evidence this was the case. In fact, most stockholders seemed to expect that the double-digit returns of the recent past would continue.

In the case of the housing bubble, inflation-adjusted house prices had risen by more than 70 percent above their long-term trend. This unprecedented run-up in house prices occurred at a time when rents were essentially moving in step with the overall rate of inflation, suggesting that there was no major shift in the fundamentals of the housing market. Furthermore, vacancy rates were already at record highs even before the bubble burst, providing clear evidence that house prices were not being driven by a shortage of housing.

And, both bubbles were clearly moving the economy. In the case of the stock bubble, investment hit its highest share of GDP since the late early 1980s, as start-ups were taking advantage of sky-high share prices to finance crazy schemes. Also, the wealth generated by the stock bubble led to a surge in consumption that pushed the savings rate to a then-record low.

In the case of the housing bubble, high prices led to a flood of new construction, raising the residential investment share of GDP to almost 6.5 percent, compared to a long period average of less than 4 percent. The wealth created by the housing bubble led to an even larger consumption boom than the stock bubble.

All of this was easy to see from widely available government data sets. It required no more than an Excel spreadsheet to analyze these data. So this was not rocket science, it was basic economic logic and arithmetic.

Should we be concerned about a bubble now? Stock prices and housing prices are both high by historical standards. The ratio of stock prices-to-trend corporate earnings is more than 27-to-1; this compares to a long-term average of 15-to-1.

House prices are also high by historic standards. Inflation-adjusted house prices are still well below their bubble peaks, but are about 40 percent above their long-term average.

In both cases, these markets are high, although in ways that are at least partly explained by the fundamentals of the market. In the case of stock prices, the profit share of GDP is almost 30 percent above its trend level. If this persists, then the ratio of prices-to-earnings is much closer to the long-term average. Of course, a big cut in the corporate tax rate increases the likelihood that a high-profit share in GDP will continue.

Extraordinarily low-interest rates (both real and nominal) also mean that stocks provide a relatively better return compared with alternatives like bonds and short-term deposits. This also would change if interest rates rise substantially, but for now, that doesn't seem likely.

The run-up in house prices also seems less disconcerting when we consider there has been a parallel run-up in rents. While rents have not increased as much as house prices, they have been substantially outpacing the overall rate of inflation for the last five years. Low-interest rates would also help to explain house prices being above long-term trends, as they justify a higher ratio of sales prices-to-rents.

Dr. Dean Baker is a macroeconomist and Co-Director of the Center for Economic and Policy Research in Washington, D.C. He previously worked as a senior economist at the Economic Policy Institute and an assistant professor at Bucknell University. (more...)
Related Topic(s): Bubbles; Construction; Economy; Finance; Housing; Inflation, Add Tags
Add to My Group(s)
Go To Commenting
The views expressed herein are the sole responsibility of the author and do not necessarily reflect those of this website or its editors.