Cross-posted from The Guardian
Every now and then, leading mavens of the Foreign Policy Community have an uncharacteristic outburst of candor 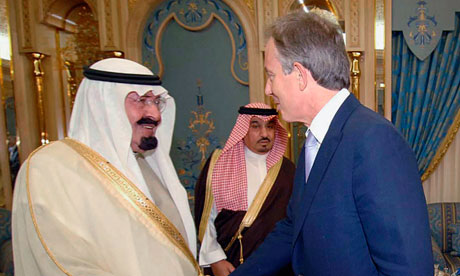 When it comes to the US "foreign policy community," few if any people are more representative of it than Bruce Riedel. A 30-year CIA officer and adviser to the last four US presidents, he is now a senior fellow at the wing of the Brookings Institution funded by entertainment mogul Haim Saban (whom the New York Times described as "a tireless cheerleader for Israel" and who described himself this way: "I'm a one-issue guy and my issue is Israel").

In 2012, Riedel contributed to a book on Iran by Brookings "scholars" which argued that the US could launch a war against Iran by covertly provoking its government into responses that could then falsely be depicted by the US to the world "as an unprovoked act of Iranian aggression" -- exactly what Brookings' Ken Pollack proposed be done in 2002 to deceitfully justify the attack on Iraq. According to Brookings, "in January 2009, President Barack Obama asked Riedel to chair a review of American policy towards Afghanistan and Pakistan, the results of which the president announced in a speech on March 27, 2009."

When they speak publicly, the mavens of the Foreign Policy Community -- whose primary function is to justify US militarism and aggression -- typically disguise their real beliefs and objectives with specialized obfuscating jargon. But every now and then, they have an outburst of uncharacteristic candor that clarifies their actual worldview. Such is the case with a remarkably clear memorandum to President Obama that Riedel just authored and Brookings published regarding the extremely close US alliance with the regime in Saudi Arabia.

Riedel begins by noting that "Saudi Arabia is the world's last absolute monarchy" and "like Louis XIV, King Abdallah has complete authority." Moreover, "the Saudi royal family has shown no interest in sharing power or in an elected legislature." The Saudi regime not only imposes total repression on its own people but is also vital, he argues, in maintaining tyranny in multiple neighboring states: "they have helped ensure that revolution has not unseated any Arab monarch" and "the other monarchs of Arabia would inevitably be in jeopardy if revolution comes to Saudi Arabia." Specifically:

Related Topic(s): Brookings Institute; Iran; NATO; Saudi Arabia, Add Tags
Add to My Group(s)
Go To Commenting
The views expressed herein are the sole responsibility of the author and do not necessarily reflect those of this website or its editors.