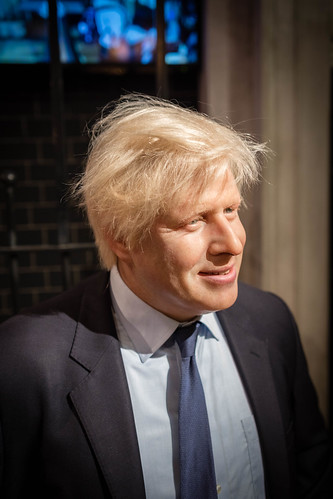 Both before the First World War and before the Second World War, the world public basically simply watched the arms build up and other preparations for war. This lackadaisical blandly interested public attitude seems to be present again. Criminally insane investors in war openly race forward with the inventing and manufacturing of ever new and novel weapons of mass destruction, while planning and propagandizing a need for war. From time to time, spokespersons for their political, media and military lackeys discuss their prerogatives for war as if the rest of us didn't matter a hoot.

Headlined article: Britain changes policy so it can use nuclear weapons in response to 'emerging technologies' by Sam Snead, CNBC, Mar 17 202

LONDON The U.K. has changed its defense policy which may enable it to use nuclear weapons in response to "emerging technologies."

The country's 111-page Integrated Defense Review, published Tuesday, included a subtle line on when the U.K. "reserves the right" to use nuclear weapons.

It says the U.K. could use nuclear weapons if other countries use "weapons of mass destruction" against it. Such weapons include "emerging technologies that could have a comparable impact" to chemical, biological weapons or other nuclear weapons.

So if the British feel or think they feel an attack of whatever sort, they have the right to cause the possible destruction of all life on the planet.

The U.K.'s nuclear program, known as Trident, was established in 1980. The Integrated Defense Review confirmed that the U.K. is allowing a self-imposed cap on its nuclear weapon stockpile to rise to 260, abandoning the previous cap of 225 warheads as well as the current reduction target of 180 by the mid-2020s.

A single Trident II submarine can inflict more death than all prior wars in history. Twenty-four missiles, launched while submerged, each with seventeen independently targeted, maneuverable nuclear warheads five times more powerful than the atom bomb that destroyed Nagasaki, can travel 5,000 nautical miles to strike within 300 feet of 408 predetermined targets. Nuclear winter might very well follow even if no other weapons are used.

No nation or individual should be permitted to possess the power to destroy the world. An imperative need is for an informed and active public to struggle for its right to survive." Former US Attorney General Ramsey Clark

Is it not a crime to claim a right to endanger all life on Earth?

Is there no legal authority to sanction the UK and its officials involved in threatening Humanity - the UN Monitoring Verification and Inspection Commission, the IAEA, the WHO, the international Criminal Court? Is it not a crime to claim a right to endanger all life on Earth?

Related Topic(s): Increasing The Risk Of Nuclear War; Nuclear War, Add Tags
Add to My Group(s)
Go To Commenting
The views expressed herein are the sole responsibility of the author and do not necessarily reflect those of this website or its editors.