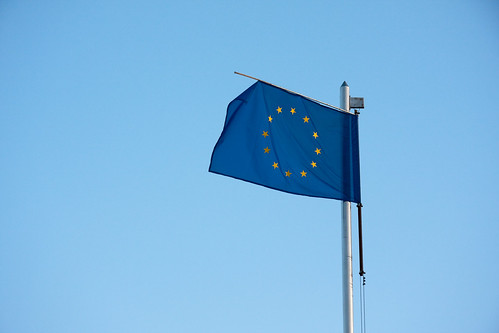 On the surface, the June 23 Brexit and the June 26 Spanish elections don't look comparable. After a nasty campaign filled with racism and Islamophobia, the British -- or rather, the English and the Welsh -- took a leap into darkness and voted to leave the European Union (EU). Spanish voters, on the other hand, rejected change and backed a rightwing party that embodies the policies of the Brussels-based trade organization.

But deep down, the fault lines in both countries converge.

For the first time since Margaret Thatcher and Ronald Reagan rolled out a variety of free market capitalism and globalization that captured much of the world in the 1980s, that model is under siege. The economic strategy of regressive taxes, widespread privatization and deregulation has generated enormous wealth for the few, but growing impoverishment for the many. The top 1 percent now owns more than 50 percent of the world's wealth.

The British election may have focused on immigration and the fear of "the other" -- Turks, Syrians, Greeks, Poles, etc. -- but this xenophobia stems from the anger and despair of people who have been marginalized or left behind by the globalization of the labor force that has systematically hollowed out small communities and destroyed decent paying jobs and benefits.

"Great Britain's citizens haven't been losing control of their fate to the EU," wrote Richard Eskow of the Campaign for America's Future, "They've have been losing it because their own country's leaders -- as well as those of most Western democracies -- are increasingly in thrall to corporate and financial interests."

While most of the mainstream media reported the Spanish election as a "victory" for acting Prime Minister Mariano Rajoy's Popular Party (PP) and defeat for the left, it was more a reshuffle than a major turn to the right and, if Rajoy manages to cobble together a government, it is likely to be fragile and short lived.

It was a dark night for pollsters in both countries. British polls predicted a narrow defeat for the Brexit, and Spanish polls projected a major breakthrough for Spain's left, in particular Unidos Podemos (UP), a new alliance between Podemos and the Communist/Green party, Izquierda Unida.

Conn M. Hallinan is a columnist for Foreign Policy In Focus, "A Think Tank Without Walls, and an independent journalist. He holds a PhD in Anthropology from the University of California, Berkeley. He oversaw the (more...)
Related Topic(s): Austerity; Brexit; European Union; Spanish, Add Tags
Add to My Group(s)
Go To Commenting
The views expressed herein are the sole responsibility of the author and do not necessarily reflect those of this website or its editors.