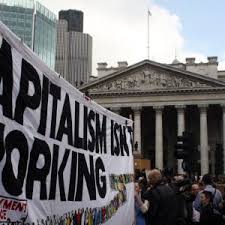 Most of us are scratching our heads over the magnitude of the Labor Party's loss in last week's election in the United Kingdom. The mainstream media (MSM) would have us believe that the Tory Party's victory under Boris Johnson represents a massive rejection of left politics by the British working class.

However, that's by no means the only conclusion possible. Indeed, it is entirely credible to conclude the opposite, viz. that last week's vote was a resounding victory for the working class. That is, it represented their rejection of the very type of free trade pacts that have made lives miserable for wage earners across the planet.

It's also possible to conclude that the British elections have issued to the world a clarion call to reform all free trade pacts while suggesting a clear direction for reform.

The Elections and Brexit

To begin with, think about the elections and Brexit.

That, of course, is what the voting was about Brexit (British withdrawal from the European Union). No other country has yet exhibited the courage needed to do so not even Greece, despite the extreme austerity the EU has imposed upon it for years and despite the promises of SYRIZA and the will of the people expressed in huge demonstrations and national referenda.

So, unlike the Greeks, the Brits set the stage for the actual exit of a member state from the European Union, which is the kind of free trade pact that has cursed working classes for more than 25 years.

Remember that: the EU is basically a free trade arrangement. Its central feature is its single market allowing its "four freedoms:" free movement of goods, services, capital, and people within EU borders.

The EU was formed in 1993. Its counterpart across the pond, NAFTA (The North American Free Trade Agreement) was signed a year later. Then came CAFTA (The Central American Free Trade Agreement) in 2004. As indicated, working classes have been suffering ever since not only from NAFTA and CAFTA but from EU austerity administered by unelected and therefore unaccountable bureaucrats headquartered in far-off Brussels.

With such hardship and lack of democratic control in mind, voters chose Johnson over Jeremy Corbyn. That's because no one, including Corbyn and his Labor Party, was as clear as Johnson and his Tories about withdrawing from the EU come hell or high water.

On the other hand, Corbyn and Labor were not only relentlessly vilified by the country's corporate media; they also remained ambivalent and split about Brexit. Together those factors proved fatal. The best the denigrated Laborites could do was to promise yet another referendum on the topic.

Clearly, that wasn't enough. Evidently, the British were tired of the entire debate. As a result, Labor suffered the consequences. However, British laborers made the point that eluded their Greek counterparts: no more unelected decision-makers in Brussels, no more free trade agreements favoring capital over workers; no more neoliberal austerity, and no more unrestricted immigration to drive down wages.

Related Topic(s): Austerity; Brexit; Capitalism; Democracy; Immigrants; Neoliberalism; Rebellion; Trade, Add Tags
Add to My Group(s)
Go To Commenting
The views expressed herein are the sole responsibility of the author and do not necessarily reflect those of this website or its editors.