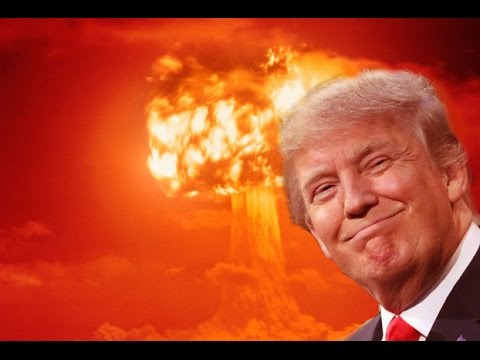 President Trump did the smart thing last week by calling off a US airstrike on Iran over the downing of an American spy drone near or within Iranian territorial waters. According to press reports, the president over-ruled virtually all his top advisors Bolton, Pompeo, and Haspel who all wanted another undeclared and unauthorized US war in the Middle East.

Is Iran really the aggressive one? When you unilaterally pull out of an agreement that was reducing tensions and boosting trade; when you begin applying sanctions designed to completely destroy another country's economy; when you position military assets right offshore of that country; when you threaten to destroy that country on a regular basis, calling it a campaign of "maximum pressure," to me it seems a stretch to play the victim when that country retaliates by shooting a spy plane that is likely looking for the best way to attack.

Even if the US spy plane was not in Iranian airspace but it increasingly looks like it was it was just another part of an already-existing US war on Iran. Yes, sanctions are a form of war, not a substitute for war.

The media are also a big part of the problem. The same media that praised Trump as "presidential" when he fired rockets into Syria on what turned out to be false claims that Assad gassed his own people, has been attacking Trump for not bombing Iran. From Left to Right with one important exception the major media is all braying for war. Why? They can afford to cheer death and destruction because they will not suffer the agony of war. Networks will benefit by capturing big ratings and big money and new media stars will be born.

President Trump has said he does not want to be the one to start a new war in the Middle East. He seemed to prove that by avoiding the urgings of his closest advisors to attack Iran. It is hard to imagine a president having top advisors who work at cross-purposes to him, planning and plotting their wars and maybe more behind his back. Even Trump seems to recognize that his national security advisor is not really serving his administration well. Over the weekend he said in an interview, "John Bolton is absolutely a hawk. If it was up to him he'd take on the whole world at one time, okay?"

I think when you have a national security advisor who wants to fight the whole world at once, you have a problem. Does anyone believe we will be more secure after spending a few trillion more dollars and making a few hundred million more enemies? What does "victory" even look like?

President Trump is in a bind and it is of his own making. Iran has shown that it is not willing to take its marching orders from Washington, which means "maximum pressure" from the US will not work. He has two options remaining in that case: risk it all by launching a war or make a gesture toward peace. A war would ruin his presidency and a lot more. I would urge the president to issue waivers to China, India, Turkey, and the others who wish to continue buying Iranian oil and invite the Iranian leadership to meet at a neutral location. And fire Bolton and Pompeo.