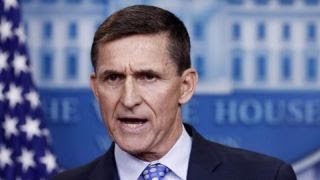 Michael Flynn has pled guilty to lying to the FBI about his conversation with the Russian Ambassador to the United States, Sergey Kislyak.

The conversation occurred AFTER Trump won the 2016 election and before he was inaugurated. The conversation involved US sanctions against Russia and a UN resolution concerning Israel.

Why did Flynn lie? There was nothing wrong with him speaking to the Ambassador during the presidential transition phase. Claims that he was undermining Obama's policy toward Russia are nonsense. It's common practice for an incoming president's staff to speak with foreign officials, in order to set up future goals and policies.

The prosecution against Flynn is of the so-called "process" variety.

That means, in this case, he lied to federal officials about a matter that was itself inconsequential.

It's probable the FBI was holding other charges over Flynn's head -- relating to his private-sector work on behalf of the Turkish government. A deal was struck: the FBI would forget all about that, if Flynn pled guilty to lying about his conversation with the Russian ambassador, and if he cooperated by rolling over on other members of the Trump team.

Michael Flynn is now (ridiculously) seen as having interfered with President Obama's policy toward Russia during Obama's last days in the White House, in 2016.

But what about Candidate Obama interfering in President Bush's policy toward Russia in the fall of 2008, BEFORE the election?

Geohistory.today has an article, dated October 27, 2008, a few days before Obama won the presidential election for the first time, titled, "US Elections Come to Moscow," by Anna Wiesfieler:

"Last week [before the 2008 presidential election] saw the release of Obama's book, The Audacity of Hope, in Russian translation to Russian markets. One of his foreign policy advisors, Mike McFaul, also made a trip to Moscow to meet with various Russian officials and interest groups, speaking off the record and answering questions."

"McFaul addressed how US relations with Ukraine and Georgia might affect US-Russia relations in the future [!]. Speaking at the Peking Hotel in Moscow at an event organized by Democrats Abroad Russia for Americans living in Russia, McFaul established that this is potentially a major campaign issue for Senator Obama. There are a large number of swing voters (several million) whose heritage comes from Eastern Europe or the Caucasus region. For these voters, US-Russia relations and relations with states in those regions has become a vital issue that could potentially swing votes to one candidate or the other."

"The day before, at the Carnegie Endowment Center in Moscow, McFaul also fielded questions ranging from explanations of the primary and general election process to the August crisis in Georgia and Russia's concerns about Ukraine and Georgia receiving NATO membership action plans."

"Pointing to a number of Senator Obama's statements, including one from April 2008 (before the crisis) where Senator Obama was concerned that violence may erupt in the southern part of the Republic of Georgia, McFaul conveyed concern about the situation in the Caucasus. Speaking to NATO enlargement, he noted, as have many others, that both US candidates for president support NATO expansion. However, Senator Obama has consistently referred to NATO rules whereby the people of a candidate state must support entry into NATO and that NATO rules state that not only must territorial disputes be resolved before entry into the Alliance, but that a member state cannot use violence against its own people."

Talk about sticking fingers in the foreign policy of the US -- and BEFORE Obama was elected!

Related Topic(s): Crisis; Election; Michael Flynn; Policy, Add Tags
Add to My Group(s)
Go To Commenting
The views expressed herein are the sole responsibility of the author and do not necessarily reflect those of this website or its editors.