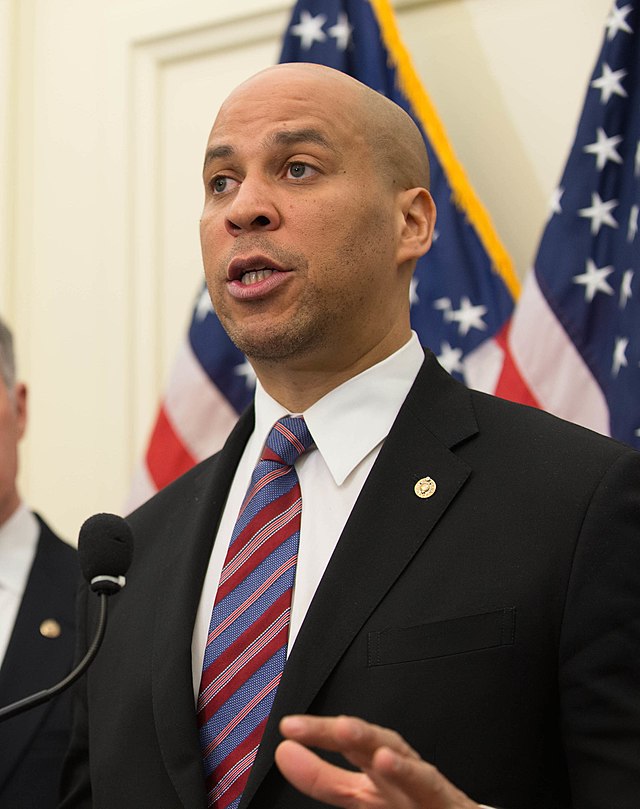 It's devastating, and potentially lethal, when Americans can't afford life-saving drugs because their elected representatives are in thrall to Big Pharma. It's disappointing when Democrats offer implausible excuses for their votes, as Sen. Cory Booker and 12 other senators did this week.

And it's downright outrageous when those same Democrats claim their votes were driven by drug safety concerns, since all 12 voted to lower drug safety standards when they supported the 21st Century Cures Act.

If Booker and the others hadn't broken with their party and ignored the needs of the American people, a budget amendment from Sens. Bernie Sanders and Amy Klobuchar would have paved the way for the importation of prescription drugs from Canada, where they cost far less than they do in the United States.

This was a rare opportunity for bipartisan progress. Twelve Republicans broke with their party to support the amendment. If these Democrats hadn't moved the other way, it would have passed. Their betrayal crushed one of the few remaining rays of hope for the millions of Americans whose health and financial security are endangered by the new Republican Congress.

Booker attempted to defend his vote in a statement to Jezebel's Ellie Schechet in which he said:

"Any plan to allow the importation of prescription medications should also include consumer protections that ensure foreign drugs meet American safety standards. I opposed an amendment put forward last night that didn't meet this test."

Nonsense. Canadian testing is as strong as its American equivalent, and most Canadian drugs are manufactured in the same locations as their U.S. counterparts. And note the use of the word "foreign." It seems designed to trigger xenophobic fears, and to hide the fact that drugs would only have been imported from one country: Canada.

What's more, the Sanders/Klobuchar amendment was only a first step, so there was plenty of time to address any lingering concerns. Sen. Klobuchar has already co-sponsored a bill with Sen. John McCain called the "Safe and Affordable Drugs From Canada Act" that specifies how the process could work safely and efficiently.

But here's the big question: If Booker and the other Democrats are so concerned about drug safety, why did they vote for the 21st Century Cures Act? Sold as a path to innovation, the bill was actually a massive giveaway to drug companies that wanted an end-run around safety regulations. It came with promises to spend more on public health needs, but those promises were designed to be easily broken.

As Public Citizen noted, the bill's passage "comes at the expense of patient safety by undermining requirements for ensuring safe and effective medications and medical devices."

Every vote in favor of the 21st Century Cures Act was misguided. But it takes a special kind of hypocrisy to vote for a measure that demonstrably lowers safety standards, and then cite safety as a reason for voting against the Sanders/Klobuchar amendment, which doesn't. There's only one way to explain these seemingly inconsistent votes: They both benefit Big Pharma.

Schechet reports that, perhaps not coincidentally, the Democrats who voted against the Sanders/Klobuchar amendment included some of biggest recipients of pharma cash on their side of the aisle. Booker tops that list with $267,338. Sen. Patty Murray was close behind with $254,649, while Robert Casey received $250,730 and Michael Bennet netted $222,000.

Booker deserves special attention, since he appears to be positioning himself for a 2020 presidential run. Booker received nearly two million dollars from Wall Street for his 2014 Senate race. The financial industry also heavily backed his Newark mayoral campaign, and he has received large sums from law firms and real estate. When Barack Obama took a rhetorical jab against opponent Mitt Romney's investment firm, Booker rabbit-punched him from the right by calling his remarks "nauseating."

Related Topic(s): Booker-Cory; Democrats; Health Care Costs; Senate, Add Tags
Add to My Group(s)
Go To Commenting
The views expressed herein are the sole responsibility of the author and do not necessarily reflect those of this website or its editors.