Four months ago in May, we cajoled Donald Trump into sending out the email below about firing John Bolton. We collected close to 5,000 signatures and traveled to Bolton's home in Maryland to deliver them--and carry out a citizens arrest of the warhawk! Though Bolton refused to come to the door and accept our citizens' arrest, we knew we were on the right track. Today the wonderful news came in: Bolton has been fired! 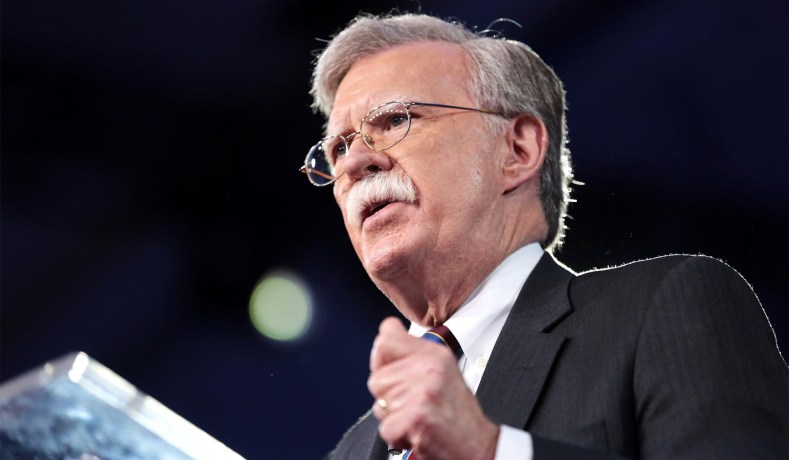 Bolton's position in Trump's cabinet was contrary to Trump's campaign promises to bring troops home and to have a less interventionist foreign policy than his predecessors. Bolton played a key role in the collapse of Trump's North Korea talks with Kim Jong-Un and was determined to see the US carry out regime change in Venezuela and war with Iran. Now, as he is leaving, peace lovers around the world are emitting a sigh of relief.

As we celebrate Bolton's departure, we are also aware of all the work ahead of us to turn around the dangerous and destructive policies that Bolton--and Trump--champion. Send a message now to Senators Reed and Schumer, Rep. Adam Smith, and Speaker Pelosi to make sure the amendments to prevent and end wars make it into the final version of the National Security Defense Authorization Act (NDAA). The people of Yemen, Iran, Korea, Afghanistan, and more can't wait.

Related Topic(s): John Bolton Warmonger, Add Tags
Add to My Group(s)
Go To Commenting
The views expressed herein are the sole responsibility of the author and do not necessarily reflect those of this website or its editors.