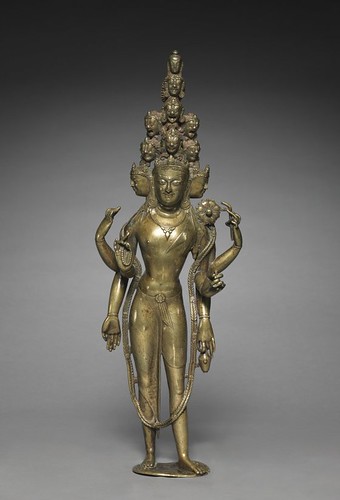 It is said that - immediately following his enlightenment - when Siddhartha Gautama (later known as the Buddha) first encountered a group of fellow seekers/friends, they were enthralled by the peace, love and joy they felt emanating from him, accompanied by an ethereal glow (perhaps from all of his chakras being wide open). These men had done spiritual practices along with him, and like the tales of Jesus following the crucifixion, they initially did not recognize him. And so, they asked, "Are you an angel?... Are you a God?" The Buddha's simple response: "I am awake."

George Ivanovich Gurdjieff was a Russian philosopher, mystic, spiritual teacher, and composer. The centerpiece of his teaching was the idea, that - because most humans do not possess a unified consciousness, they live their lives in a state of hypnotic "waking sleep" - and that it is possible to awaken to a higher state of consciousness and achieve full human potential.

Gurdjieff's concept of "self-remembering" is akin to the Buddhist concept of present-moment-awareness, also known as "mindfulness." Gurdjieff argued that many of the existing forms of religious and spiritual traditions on Earth had lost connection with their original meaning and vitality, and so could no longer serve humanity in the way that had been intended at their inception.

As a result, humans were failing to realize the truths of ancient teachings and were instead becoming more and more like automatons, susceptible to control from outside and increasingly capable of otherwise unthinkable acts of mass psychosis. In parallel with other spiritual traditions, Gurdjieff taught that a person must expend considerable effort to affect the transformation that leads to awakening.

With this background we can discuss the Buddhist concept of Bodhicitta. In Buddhism, compassion arises out of an awareness of the interdependence and interrelatedness of all existence.

"If we were to ask the Buddha, 'What is bodhichitta?', he might encourage us to seek out ways to find its meaning in our own lives. He might tantalize us by adding that it is only bodhichitta that heals, [and] that bodhichitta is capable of transforming the hardest of hearts and the most prejudiced and fearful minds."

"Sometimes the completely open heart and mind of bodhichitta is called the soft spot, a place as vulnerable and tender as an open wound. It is equated, in part, with our ability to love. Even the cruelest people have this soft spot, concealed though it may be. Even the most vicious animals love their offspring. As Chögyam Trungpa Rinpoche put it, 'Everybody loves something, even if it's only tortillas.'"

In Buddhism, bodhicitta - "enlightenment-mind" - is the mind that strives toward awakening, empathy, and compassion for the benefit of all sentient beings. It is a motivation to do spiritual practices and live one's life with the understanding that our own awakening - due to a growing experience of "interbeing" - can serve to catalyze growth into the same experience in others.

A relevant concept is sometimes referred to as our "soul age": younger souls will be focused on survival, status, fame, ruling over (or following) others, material benefits, or a constrained version of "justice" and "mercy." We need not judge such beings, as we do not judge a 6-year-old for not being someone aged 26. However, once our consciousness has matured to a certain point - issues such as "enlightenment" (or ego transcendence) and bodhicitta (no matter what we call it) become relevant.

In the next decades, as our ecology and human institutions are increasingly predicted to go through a period of collapse, there will likely be much misery, chaos, and death. It is then that we may (if we are fortunate) experience an accelerated maturation, in which we will demonstrate increased wisdom, compassion and a desire to grow in order to relieve suffering in (and bring joy to) ourselves and others.

Related Topic(s): Awakening; Awareness; Buddha; Chakras; Compassion; Consciousness; Death; Empathy; Love; Mindfulness; (more...) Practices; SOUL; Sleep; Spiritual; Transformation; Wisdom, Add Tags  (less...)
Add to My Group(s)
Go To Commenting
The views expressed herein are the sole responsibility of the author and do not necessarily reflect those of this website or its editors.