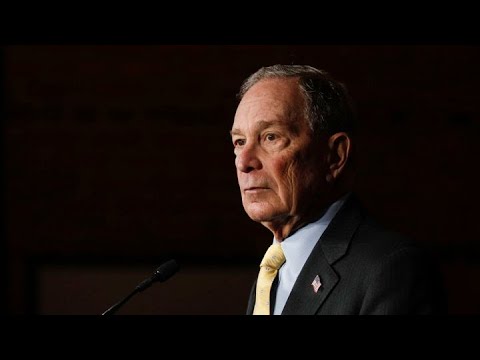 It seems that pernicious right-wing nonsense never dies, no matter how many times it is shown to be wrong. The latest resurrection of such nonsense is the story that the Great Recession was caused because lenders were forced to give mortgages to people of color who could not pay them back.

The reason this nonsense is back in the news is that clips surfaced of a Michael Bloomberg speech from 2008 in which he lays out this false story. Since Bloomberg is a prominent billionaire and a leading contender for the Democratic presidential nomination, The New York Times promptly gave space to Christopher Caldwell, a right-wing journalist, to say Bloomberg was right.

The right-wing story is that the economy saw an explosion of bad mortgages in the bubble years because liberals were forcing the banks to make loans that they didn't want to make in order to allow more people of color to become homeowners.

Their story has two main mechanisms. The first is the Community Reinvestment Act (CRA), legislation from the late 1970s that required banks to make loans in the neighborhoods where they took deposits. This was intended to prevent "redlining," a practice where banks would set up branches in minority communities, but all their loans would go to predominantly white neighborhoods.

The other part of the right-wing story is that Fannie Mae and Freddie Mac, the quasi-governmental enterprises, were required to buy up the bad mortgages. This allowed banks to keep issuing bad mortgages far longer than otherwise would have been possible.

While this might be an effective feel-good story for racists, almost nothing about it fits the facts. The worst loans were issued by mortgage banks like Ameriquest and New Century. These were not deposit-taking institutions they got their money by selling bonds on Wall Street, which means they were not even covered by the CRA.

Fannie and Freddie did buy many of the subprime loans that subsequently went bad, but they were laggards in this area, a point that was widely noted in the business press at the time. They lost a huge amount of market share to investment banks like Goldman Sachs and Morgan Stanley, precisely because Fannie and Freddie maintained higher standards for the mortgages they bought and securitized.

There was a simple reason that mortgage banks issued bad mortgages and investment banks securitized them in mortgage-backed securities: to make money. They were booking huge profits in the bubble years, not responding to government regulators. They were acting exactly as we expect capitalist corporations to act.

There is one other important part of this history that refuses to fit into the right-wing narrative. There were massive housing bubbles in countries like Ireland, England and Spain. Should we also blame these on the CRA?

The fact that Bloomberg made false and pernicious remarks about the housing bubble in 2008 isn't necessarily disqualifying, but the fact that he was so quick to look in the direction of this blame-the-victim story does not speak well for him. On the other hand, if he is still pushing this line now, in spite of all the evidence showing it to be wrong, then it would be very hard to take his candidacy seriously. (There are many other reasons also.)

Perhaps even more disconcerting is the fact that The New York Times was so quick to print this Caldwell piece resurrecting a long-discredited story. The fact that a billionaire politician appeared to accept this theory should not be a basis to give credibility to a false and pernicious account of the bubble years.

There is one other point on this issue that needs to be made. It has become standard practice to refer to the cause of the Great Recession as the financial crisis that followed the collapse of the housing bubble. While the financial crisis undoubtedly made the downturn worse, the fact is that a bad recession was baked into the cards by the bubble itself.

When the bubble burst, we lost demand of more than 8.0 percentage points of GDP. That would be $1.8 trillion in annual spending in today's economy. There is no simple mechanism to replace such a massive loss of demand, which is why the Great Recession was so long and deep.

Dr. Dean Baker is a macroeconomist and Co-Director of the Center for Economic and Policy Research in Washington, D.C. He previously worked as a senior economist at the Economic Policy Institute and an assistant professor at Bucknell University. (more...)
Related Topic(s): 2008 Housing Bubble Bust; Crisis; Economy; Financial; Housing, Add Tags
Add to My Group(s)
Go To Commenting
The views expressed herein are the sole responsibility of the author and do not necessarily reflect those of this website or its editors.