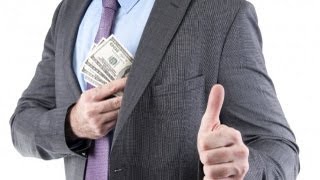 This is indeed alarming -- but the headline isn't true. Jeremy Hunt is not "failing" in any way. He is succeeding very well at his true job: destroying the NHS so it can finally be sold off to American conglomerates. There's no question that this is his goal, the mission for which he was appointed by the Tories.

Like the extremists in the US Congress and White House, they have a deep, visceral, ideological objection to the very notion of a public service being operated for the greater common good. It offends their religious principles: their ardent, abject worship of Mammon, which puts the private profit of the privileged few above all other considerations -- and certainly above the lives of ordinary people, the worthless rabble they despise so much.

The enrichment of the rich and the empowerment of the powerful is the doctrine of these transatlantic extremists; and they don't care how many people have to die, how badly society degenerates, how low the quality of life becomes, as long as Mammon's will be done. They are vile and wretched creatures, eaters of their own souls, hollowers of their own humanity.

We are living in an age when all the masks are coming off and our rulers are showing their true faces at last: rapacious, ravening, cruel and implacable.

Related Topic(s): Blood Libel; Empire; Mammon, Add Tags
Add to My Group(s)
Go To Commenting
The views expressed herein are the sole responsibility of the author and do not necessarily reflect those of this website or its editors.