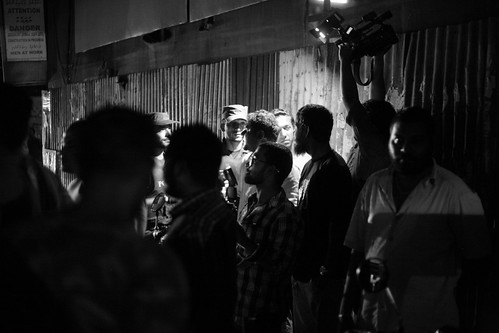 The NY Times tried to pin Black voter suppression in North Carolina on Russia -- which makes the newspaper an accomplice in the actual crime.

"The Times reporters could not find anyone to add substance to the impression the story was designed to make: that the Russians had something to do with voting disruptions in North Carolina or anywhere else."

If you believe the New York Times, the Russian state is the diabolical force behind Black voter suppression in North Carolina -- and, by imaginary extension, the main suspect for polling irregularities in Black precincts across the country during last year's election. In a 2,000-plus word article published September 1, the Timesignored the North Carolina Republican Party's multitudinous schemes to prevent Blacks from casting their ballots in the fiercely contested "swing" state, and instead speculated that "the Russians" caused problems for voters in heavily Black Durham County.

As with all things allegedly Russian, no proof is necessary. Indeed, as the reporters repeatedly admitted, beginning in the article's third paragraph, "no clear-cut evidence of digital sabotage has emerged, much less a Russian role in it."Moreover, the article reports that, "Despite the disruptions, a record number of votes were cast in Durham," overwhelmingly for Hillary Clinton.

Nevertheless, the near-total lack of facts did not discourage the Timesfrom spinning its speculative web of intrigue to conclude, "Russian Election Hacking Efforts, Wider Than Previously Known, Draw Little Scrutiny. "

Nothing in the story backs up the headline. Even the article's main protagonist, Susan Greenhaigh, described as "a troubleshooter at a nonpartisan election monitoring group," cannot connect Durham's ballot problems to Russians. "We still don't know if Russian hackers did this," she said. "But we still don't know that they didn't."

"As the reporters repeatedly admitted, 'no clear-cut evidence of digital sabotage has emerged, much less a Russian role in it.'"

The Kremlin is guilty until proven innocent. When it comes to Russians, journalistic standards do not exist in the U.S. corporate media, whose owners and editors are in active "collusion" -- to use their favorite word -- with U.S. security agencies and other sectors of the bipartisan War Party, with the aim of keeping tensions with Moscow at fever pitch. The Times article attempts to link polling disruptions in North Carolina to a National Security Agency Report "leaked" to The Intercept, claiming Russian military intelligence had gone "spear-phishing" emails at VR Systems, the Florida-based company that owns voting equipment in North Carolina and other states. According to the Intercept story, the NSA does not purport to know what VR Systems data, if any, was accessed.

And that's the extent of the "evidence." Russians attempted to get inside VR Systems, according to a "leaked" document from U.S. super-spooks, who don't know if the alleged hackers got what they were looking for or not. VR Systems denies that anything seriously intrusive occurred.

But, bad things did happen in Durham County on the way to Election Day, all of it attributable to the racist Republican state government, which placed every possible barrier in the way of fair and orderly balloting in heavily Black and Democratic areas. The state reverted to paper ballots on Election Day, causing many voters to give up in disgust, including students at historically Black North Carolina Central University. Despite these state-imposed disruptions, Clinton beat Donald Trump in the County by substantially more votes than Barack Obama did over Mitt Romney.

"When it comes to Russians, journalistic standards do not exist in the U.S. corporate media."

The Black elections director for Durham County, Derek Bowens, said: "We do not believe, and evidence does not suggest, that hacking occurred on Election Day."

Related Topic(s): Russian Hacking, Add Tags
Add to My Group(s)
Go To Commenting
The views expressed herein are the sole responsibility of the author and do not necessarily reflect those of this website or its editors.