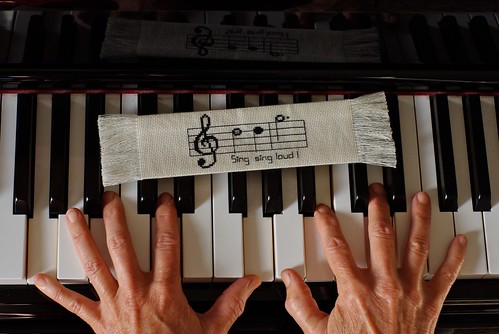 Poem #4: From the Dark Ages to the 'Enwhitenment'

walk and slide right out of his crazy skin,

he couldn't handle being Black in the end,

they hollered anyway. And Letterman

mocked the chair in "Billie Jean" (he meant child),

and mocked his happy feet -- the insults piled

high, he promised to be a better man

to the "Man in the Mirror," and grew white

screaming get me out of me, I beseech,

and perished in a Never Land of night.

In the end, even Blacks lined up to kill

his dual nature; he died a cheap thrill.

Down Under there were 'rabbit proof fences'

a great wall of barbed wire. And white smiles

that promised a better life. Pretenses

that saw in the "half-castes" veneration --

the light of white in black jack-o'-lanterns,

that became the Stolen Generation.

Caucasians eager to take back the night

they had their way with Blackfella's women,

It would be nice to say that things have changed,

no more kidnappings, but they're still deranged.

Anyway, it got worse, in the Black book

Benang: From the Heart by Kim Scott, wherein

there was heaps of rape and lots of queerin.

Harley, "the First White Man Born" has a look

in the mirror, product of weeding out

the Blackfella genes over multi-gens,

and searches for some sign, his face real tense,

as if he'd been uprooted, and lo! no doubt,

there it is -- the one place left to remind

him of his core being before they meddled,

the negroid pucker hole of his behind.

the streak in the white dacks, the human stain.

Related Topic(s): Children; Clorox; Dark Ages; Light; Poem; Rape; SOUL, Add Tags
Add to My Group(s)
Go To Commenting
The views expressed herein are the sole responsibility of the author and do not necessarily reflect those of this website or its editors.

STAY IN THE KNOW
If you've enjoyed this, sign up for our daily or weekly newsletter to get lots of great progressive content.
Series: "Blackfella: 10 Poems from Down Under"