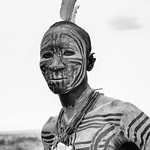 This article was originally written/posted in February of 2015 (@www.thom hartmann.com). In light of recent comments by Donald Trump, methinks it important to exhume.

Most Black People in America, at some point in their lives, will hear the statement: "then why don't you go back to Africa?" The inference being: 'if the United States is so bad, why don't you leave'. Now, this is the cheap shot tactic of a pathetic, uninformed, denial ridden anal orifice whom lacks imagination. Its purpose is to put blacks on the defensive (that is another essay entirely). Nonetheless, the foregoing notwithstanding and subsequent to considerable rumination, I have decided to address that question. Especially since I had a white man ask me that very question a few days ago; though I have heard the comment throughout my life.

Many years ago, I heard a story about a high-ranking British official that visited the colonies during the time that the United States was still, officially, ruled by the British Crown. According to the story, this British muckety-muck toured plantations, fields and farms and noticed the black slaves singing negroid spirituals as they toiled. Upon witnessing this she was delighted. In fact, she supposedly reported back to England that these black folks were so happy with their new lot in America that they spent the day happily singing the most wonderful songs! I have no idea whether or not this is/was fact or fiction but it is poignant.

When this white fellow made this comment to me recently, I don't know if I was more impressed by his arrogance, or his profound stupidity. First of all, I am of mixed ancestry (African, Native American and looks like 'Massa' had his way with a few of my female ancestors as well). So I, at least part of me, was here first. Further, given the fact that without slave labor this nation would not exist as we know it, I feel it is more mine than his. Irrespective of these facts, I want to answer my antagonist's question because I have a bargain basement deal for him and those of his ilk. Now, let's get Black to Africa.

Yes white man, you are correct. I should go "back" to Africa.

And you should pay for the trip. After all, you paid to bring me here though you failed to pay me. However, we must let bygones be bygones, must we not? So here is the deal:

You will pay for my return trip to the African continent. That includes my entire family both nuclear and extended. You will also, predicated upon the former, provide armies of genealogists, anthropologists and archaeologists to determine exactly where in Africa I came from; it's a big place you know. There is no point in you hiring the linguists yet, so that we might determine my native language that you forbade me to speak; can't figure that out till we do the other thing.

Be mindful that you might have to hold on to that old cell phone, flatscreen and computer since you will no longer be able to kill for cobalt by proxy. You probably don't need anymore of the uranium that you use to threaten the globe with your nuclear weapons; so just pay me for the old stuff and we'll call it even.

And, verily, there is that pesky slave labor thing that you have yet to pay for; that which made your corporations, institutions and insurance companies rich beyond your wildest dreams. However, because I want to make you an offer you cannot refuse, worry not about compounded interest as today's valuations will suffice.

It always tickles me to hear white folks talk about "entitlements". The white man is the biggest welfare recipient in the history of the planet.

That takes care of the compensatory; let us now talk punitive.

You will compensate me for the saturation of guns (of which there are no black manufacturers) in black neighborhoods; and the resultant deaths. You will compensate the families of the legions of black soldiers and servicemen that died, or were maimed, fighting for this country only to return from the battlefield to be treated like "niggers" (that would include my father and grandfather). Lastly, you, and those like you, will leave the African continent (and yes, that includes South Africa). Reciprocity has its place.

I am certain that you agree that this is the proverbial "Deal of the Century". Think about it: you can be rid of the plague that you brought upon yourself, be free of savages and all at an incredible bargain.