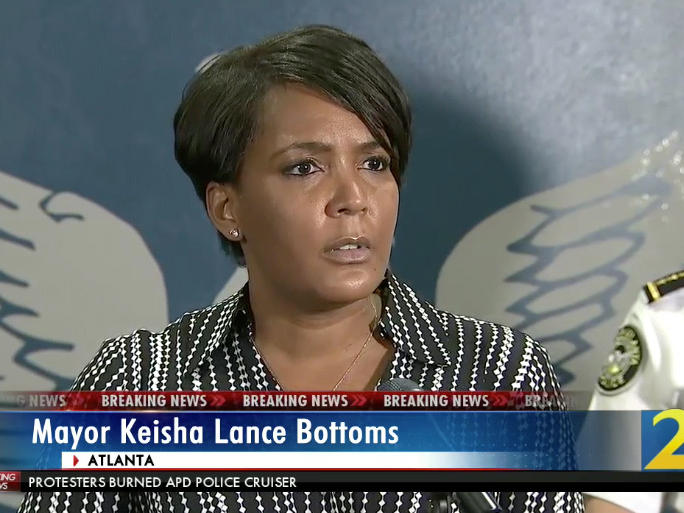 The nationwide protests have forced the Black quisling class to reveal themselves as agents of the racial and economic status quo.

The aftermath of George Floyd's murder at the hands of Minneapolis, Minnesota police has created a national political crisis. The revulsion caused by this latest killing caught on camera spawned protests in Minneapolis and all over the country. Black people are the angriest, knowing they are at risk of the same treatment and because most police killings rarely result in convictions.

But the mass actions present a problem for the rulers. Anger boiled beneath the surface after years of the race to the bottom austerity regime, the worsening economic collapse in the wake of the COVID-19 quarantine, and another Democratic presidential primary rigged by that party's donor class to defeat the prospect of even minimalist reforms.

While black people led the way, they were joined by many white people too. They are also angry about Floyd's death and are primed to rise up against the injustices that are expanding and becoming more deeply entrenched against them as well. While COVID-19 created a health crisis it also left millions unemployed with nothing but meager benefits and a one-time payment of $1,200.

When these groups began a nascent campaign of solidarity, the system rose up against them in an effort to delegitimize them all. The story of Floyd's cruel death began to take a back seat in the corporate media. Suddenly the propagandists who pose as journalists became concerned about the presence of white people in the protests. Who were they? Where were they from? What did they want? Were they "antifa" or anarchists or white supremacists?

They were quickly joined by the political class of black misleaders who did the bidding of their patrons by dismissing the acts of rebellion. St. Paul, Minnesota mayor Melvin Carter fired the first shot when he declared that every arrested protester was not from his state. But in fact the opposite was true, and 85% of arrestees were Minnesotans. Carter sheepishly responded that he had received bad information. The obvious and easily proven inaccuracy makes that assertion highly unlikely.

He and others began using very dangerous talking points. They claimed to grieve for Mr. Floyd and expressed a desire to see justice done while also saying that white protesters were using the demonstrations for nefarious ends. They even evoked the "outside agitator" trope from the bad old days of Jim Crow segregation. They pleaded for peaceful protest or no protest at all and some of them told outright lies.

Atlanta mayor Keisha Lance Bottoms was among the worst. She accused protesters of disgracing her city, George Floyd's memory and Martin Luther King's legacy all in one fell swoop. She told them, "Go home." According to Madame Mayor every protester was snatching liquor, setting fires and pulling knives on the police. The rebellion was dismissed as criminality and despite any claims of concern for George Floyd, she proclaimed every participant a scoundrel.

For good measure she added, "If you want change in America, go and register to vote!," as if that act has magical qualities to make bad things disappear. Voting usually produces nothing more than mediocre sell outs like Keisha Lance Bottoms. It certainly won't end police violence.

The heights of the most shameful lies were reserved for Marc Morial, former New Orleans mayor and President of the National Urban League, and Susan Rice, former National Security Adviser. In separate interviews they both accused the Russian government of instigating discontent. "If it is white supremacists, if it is Russians, if it is other foreign actors who've tried to exploit the pain and exploit legitimate protests, then this is a new level in our country, and they should be arrested and prosecuted as well," said the overly dramatic Morial. Rice said the protests were, "Right out of the Russian playbook."

It is hard to believe that either of them really believes anything they said. They are opportunists and cynics and they are joined at the hip with the Democrats' donor class. These black quislings obey everyone except their own people. Their con game is to give a pretense of black empowerment while doing the bidding of others. If that means repeating disproven propaganda, then so be it.

The underlings and their patrons are afraid. They know that if young black and white people find common cause they may march for other reasons too. They may lead general strikes, demand an end to war or try to resurrect the Occupy movement. It is better to cast aspersions now instead of risking needed change that would undermine their positions.

That is why they eagerly establish curfews and say nothing about the police violence against protesters. There are no white supremacists in these actions, and they invoke the dreaded words to stoke fear and confusion. The spontaneous rebellions are but a first step in establishing real grass roots organizing that must focus on police violence, political corruption and a system which puts black people most at risk of dying in a pandemic, being arrested for little or nothing, or earning a starvation wage if any wage at all.

The Black Alliance for Peace campaign, "No Compromise, No Retreat" shows the way. The BAP candidate pledge will expose the likes of Keisha Lance Bottoms. Demanding that they demilitarize the police and investigate all police killings will bring about important organizational work. Their days of using their positions to undermine the popular will end only when a strong organizing apparatus forces them out.

Related Topic(s): Black Agenda Report; Black Freedom Movement; Black Lives Matter; Killing; Police; Protest; Protest- Civil Disobedience; Unemployed, Add Tags
Add to My Group(s)
Go To Commenting
The views expressed herein are the sole responsibility of the author and do not necessarily reflect those of this website or its editors.