Vigilante killings, or extra-judicial executions have become normative in dealing with Palestinians in Palestine, where they are routinely referred to by media and by the authorities as "neutralizing". The practice is leaking inside the 1967 borders with the killing of Israeli-Palestinians and black Jews. 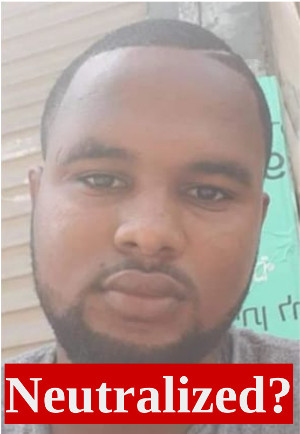 Tel-Aviv, July 06, a two and a half day riot across Israel marked the passing week, following the killing by off-duty police officer of 18 year old black Ethiopian Jew Solomon Tekah. [i] The shooting officer was briefly detained, and then placed with his family in a hotel for protective custody, claiming fear for his life.

As is typically the case in Israel, gag order was issued by the court regarding the name of the offending officer" However, as is often the case, the gag order was quickly circumvented in social networks and abroad [ii]

The exact circumstances of the shooting remain unclear. Israeli media publish what appears to be false and misleading reports, which often try to exonerate the shooting officer. It is clear that the off duty police officer tried to intervene in a fight among teen-agers, and then was attacked himself. The police officer that withdrew, took a shooting stance some 30 meters away (~100 ft), and shot the youth to death.

Moreover, within a day, the networks were flooded with information, which indicated that the same officer had been previously involved in a case of "neutralizing" a Palestinian, who had illegally worked inside Israel. Hiding the officer's history might be the true reason for the gag order. [ii] In the previous case, two policemen were indicted, but but not their commander. The court judgment in the previous case reads as typical white-washing by the Israeli courts, and the case - a point blank, cold blooded execution, which was later claimed to be an accidental shooting...

This week's case drew media and public reactions, which reflect social disintegration in Israel, splitting along political lines. The Left generally sympathized with the victim and denounced police brutality. The Right generally denounced the victim and expressed support for police.

Stranger yet, right-wing media tried to portray the riots as unauthentic - the result of meddling by the usual suspects the New Israel Fund, Soros, and the Iranian intelligence services" On July 5 Maariv daily quoted anonymous internet experts and intelligence sources, claiming that "members of the Ethiopian community were cynically exploited", and "foreign agencies were involved in incitement and heating up the riots..." (figure above). MK Nir Barkat (former Jerusalem mayor, senior member of Netanyahu's Likud party) explicitly blamed the New Israel Fund for fomenting the unrest" "Far left" and "anarchists" were again blamed" However, there is no significant active anarchist movement in Israel" [iii]

Other media openly discussed the long simmering problem of racism against black Ethiopian Jews and their routine abuse through police brutality. [iv]

What was conspicuously missing from media reporting or public discourse was any use of "neutralized" or "neutralizing".

The vigilante killing of Palestinians by Israelis has been repeatedly denounced as "extra-judicial executions" by the UN, by the European Union and by Human Rights organizations. [v] However, the Israeli public by and large perceives such conduct as part of practical security necessities of the occupation. Furthermore it reduces the burden on the courts and prisons.

However, extra-judicial executions by security forces, originally encouraged towards Palestinians in Palestine, eventually leaked into conduct towards Palestinian Israeli citizens and black or dark skinned Jewish Israelis. When such incidents occur, the euphemism "neutralized" is avoided.

His work won appreciation in Israel and abroad: * Prof Uzzi Ornan - "All power to you! I hope that you see your tremendous efforts (more...)
Related Topic(s): Extra-judicial Executions; Human Rights Violations, Add Tags
Add to My Group(s)
Go To Commenting
The views expressed herein are the sole responsibility of the author and do not necessarily reflect those of this website or its editors.