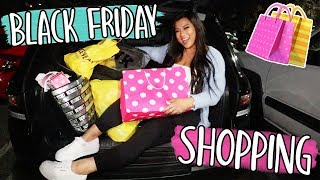 The crowds arrive at the box store many hours before opening, or nowadays even on Thanksgiving night. They wait outside (sometimes in frigid Northern areas) for the opportunity to get 'Once in a lifetime' deals. Many of these shoppers are low income folks who really need those deals...many don't really need them. The rhetorical question no one seems to ask is why those 'barely above water' don't earn enough to avoid having to compete for bargains? The inevitable answer of course is that this is laissez-faire free enterprise Amerika where Charles Darwin would be so proud. You know the drill, everyone has an equal opportunity to sink or swim on their own. Besides, old Ben Franklin said it best: "A penny saved is a penny earned." Hear that all you Wal-Mart shoppers?

Sadly, because of the diabolically successful tweaking of our public education system begun decades ago, many of my fellow Amerikans have been 'dumbed down'. The boob tube from the 1970s right up until present has completed its assignment of ridding the public of any real historical or counter mainstream political discourse or debate. Everything has to suit the will of those corporate sponsors and of course our powerful Military Industrial Empire. They got the majority of us, the suckers and 'bottom feeders' that they call us, into actually believing that the dream of becoming super rich is within reach for anyone. The media celebrates great wealth and corporate success. It is the working stiff who has no one to blame but himself for not earning more. This is why we don't see thousands of street corner demonstrations throughout this nation on a regular basis. Why stand on a street corner with a sign when you can be saving money by shopping?

It is already a given to more of us working stiffs that the overwhelming majority of politicians are full of sh*t. The propaganda machine has literally brainwashed so many Amerikans that their only recourse is to simply vote and not to something more relevant like just getting out and demonstrating on key issues. Anecdotally, when we relocated to Central Florida 21 years ago, we found a nice local seafood store selling lots of fresh caught fish. The store was located, along with a few other small businesses, on a narrow street alongside the railroad tracks off of a tremendous curve on the busiest road in town. To exit that store meant attempting to enter that road with little visibility beyond that dangerous curve. Thus, the best way to exit the street was to go out the back way and down an adjoining residential street. Fine...until the residents of that street complained that too many big delivery trucks were using their street to deliver to the boat manufacturer near the fish store. So, the city council decided, unanimously, to put a 'blockade' by that street, thus closing it off to all traffic. This caused the seafood store owner to lose lots of customers, especially the many seniors who shopped there. Just too damn dangerous. Well, a few customers and merchants on that street put together a petition and 15 of us showed up at the next council meeting to speak out. We did, and guess what? The blockade came down and a new one was installed that only stopped trucks. Folks, concerted activism can work.

There are countless key issues for we working stiffs to concentrate our attention on. If even one key issue is taken and given full energy and attention....Folks, the Vietnam debacle was phased out because of mass citizen action. When the parents of GIs and draft age young men got pissed off and spoke out, the Empire had to back off. When demonstrators replaced shoppers.....

{Philip A Farruggio is the son and grandson of Brooklyn, NYC longshoremen. A graduate of Brooklyn College ( class of '74 with a BA in Speech & Theater), he is a free lance columnist posted on World News Trust, Nation of Change Blog, Op Ed (more...)
Related Topic(s): Black Friday; Business; Demonstrations; Empire; Money; Parents; Seniors; Shopping; Wal-mart, Add Tags
Add to My Group(s)
Go To Commenting
The views expressed herein are the sole responsibility of the author and do not necessarily reflect those of this website or its editors.