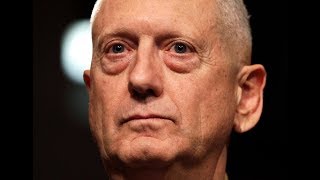 The Trump administration's new National Defense Strategy is being touted as a sea change in U.S. foreign policy, a shift from the "war on terrorism" to "great power competition," a line that would not be out of place in the years leading up to World War I. But is the shift really a major course change, or a re-statement of policies followed by the last four administrations?

The U.S. has never taken its eyes off its big competitors.

It was President Bill Clinton who moved NATO eastwards, abrogating a 1991 agreement with the Russians not to recruit former members of the Warsaw Pact that is at the root of current tensions with Moscow. And, while the U.S. and NATO point to Russia's annexation of the Crimea as a sign of a "revanchist" Moscow, it was NATO that set the precedent of altering borders when it dismembered Serbia to create Kosovo after the 1999 Yugoslav war.

It was President George W. Bush who designated China a "strategic competitor," and who tried to lure India into an anti-Chinese alliance by allowing New Delhi to violate the Nuclear Non-Proliferation Treaty. Letting India purchase uranium on the international market -- it was barred from doing so by refusing to sign the NPT -- helped ignite the dangerous nuclear arms race with Pakistan in South Asia.

And it was President Barack Obama who further chilled relations with the Russians by backing the 2014 coup in the Ukraine, and whose "Asia pivot" has led to tensions between Washington and Beijing.

So is jettisoning "terrorism" as the enemy in favor of "great powers" just old wine, new bottle? Not quite. For one thing the new emphasis has a decidedly more dangerous edge to it.

In speaking at Johns Hopkins, Defense Secretary James Mattis warned, "If you challenge us, it will be your longest and worst day," a remark aimed directly at Russia. NATO ally Britain went even further. Chief of the United Kingdom General Staff, Nick Carter, told the Defense and Security Forum that "our generation has become used to wars of choice since the end of the Cold War," but "we may not have a choice about conflict with Russia," adding "The parallels with 1914 are stark."

Conn M. Hallinan is a columnist for Foreign Policy In Focus, "A Think Tank Without Walls, and an independent journalist. He holds a PhD in Anthropology from the University of California, Berkeley. He oversaw the (more...)
Related Topic(s): Allies; Military; NATO; Power; Taxes; Wars, Add Tags
Add to My Group(s)
Go To Commenting
The views expressed herein are the sole responsibility of the author and do not necessarily reflect those of this website or its editors.