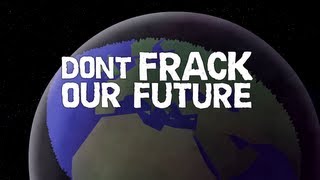 In the wake of the devastating new climate report -- and of devastating hurricanes, droughts and floods -- the oil industry has been making a few small noises about how it might want to change its course. BP's chief executive, for instance, recently called for a "different, more innovative, collaborative path"; Exxon won widespread coverage for setting aside $500,000 each of the next two years to support some kind of carbon tax.

In case you were wondering, these apparent concessions turn out to be green wash and hooey -- all the proof you need can be found in the spending reports on some of the most important ballot measures around the country. Forget the blue wave: Big Oil is sloshing a crude tsunami across the country instead, and in the process trying to bury some of the most innovative ideas for energy progress.

In Washington state, for instance, Measure 1631 offers one of the first serious plans for a price on carbon. Drawn up by a wide coalition of groups from across the state, it calls for a modest tax to be used for renewable energy development. It's drawn support even from the local business community. A Seattle entrepreneur named, um, Bill Gates, for instance, backed the proposed law, calling climate change "the toughest problem humanity has ever faced."

But the oil industry isn't interested. BP alone has spent close to $13 million to beat the measure; the American Fuel and Petrochemical Manufacturers association, of which Exxon is a member, is kicking in $1 million. That is, an Exxon-affiliated group is spending as much to beat a carbon tax in one state as Exxon is theoretically spending to back one for the whole country. The fossil fuel industry has raised enough to break every Washington record for election spending -- oh, and there are also exactly $275 in "small contributions" listed in the campaign finance reports for the no-on-1631 campaign.

All that money means total superiority in advertising. It also means that, slowly but surely, the widespread lead 1631 enjoyed when the campaign began is being whittled away -- not by argument but by constant fearmongering.

Much the same has happened in Colorado. In fact, that those backing Proposition 112 still hold a narrow lead is almost a miracle, because they're being outspent roughly 40 to 1 by the oil industry. The Colorado initiative is modest to a fault: It wouldn't ban fracking, like New York, but instead merely restrict it to more than 2,500 feet from people's homes and schools. And yet the oil industry has pumped in $38 million so far -- the same amount of money that drew gasps when Beto O'Rourke announced he'd raised it in the last stage of his Senate bid. In this case, though, it's being spent in a state with a fifth of the population.

In San Luis Obispo, Calif., a countywide anti-fracking referendum is drawing the same kind of lopsided cash. Chevron has put up $4 million to beat the measure, meaning it's spending about $20 a voter. But even that may not be enough: The local paper's editorial board just ran its endorsement with the headline "You'd do anything for your kids, right? Then vote yes on Measure G."

There are other groundbreaking energy ballot measures that just might survive the stacks of money being thrown at them. In Portland, Ore., for instance, voters could well pass a clean-energy ballot initiative that calls for a tiny surtax on the largest national chains operating in the city to be used for clean-energy projects in the city's poorest neighborhoods. The measure has run into the usual wall of money, however, in this case coming more from retailers than oil companies. (Amazon, whose chief executive, Jeffrey P. Bezos, owns The Post, is one of the big donors, apparently unsatisfied with the $723 million it won from the federal tax cut last year.)

And there's other good news: More than 1,200 candidates across the country have signed the No Fossil Fuel Money pledge, refusing to take a penny from coal, oil and gas companies. It's perhaps the clearest way for politicians to show they aren't puppets for the industry, and a commitment that every presidential candidate will have to make before the climate movement takes them seriously.

In a sense, the fight for a workable climate is also the fight for a workable democracy. The sums the oil companies are investing are so large that they may well overwhelm science and common sense. We're rightly paying close attention to voter suppression this election cycle, but it's also possible simply to smother campaigns in a blanket of cash.

That's why we need to oppose the oil companies at every turn -- sell their shares, stop their pipelines and use less of their product. And by turning out to vote for the public interest, not private gain.

Bill McKibben is the author of a dozen books, including The End of Nature and Deep Economy: The Wealth of Communities and the Durable Future. A former staff writer for The New Yorker, he writes regularly for Harper's, The Atlantic Monthly, and The (more...)
Related Topic(s): Climate; Fracking; Money; Oil; Oil Profits; Tsunami, Add Tags
Add to My Group(s)
Go To Commenting
The views expressed herein are the sole responsibility of the author and do not necessarily reflect those of this website or its editors.