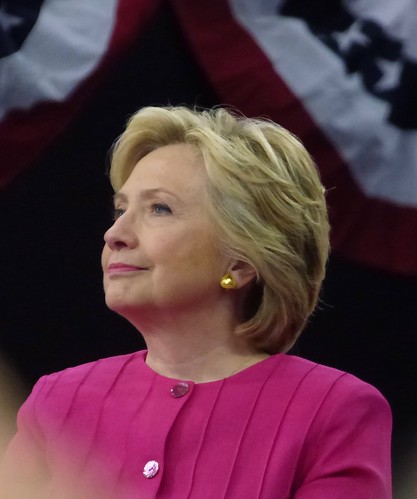 When districts where Trump won big are flipped to Democrat that will make it clear that the 2016 vote was a vote against Hillary. it will also make it clear that Hillary and the DNC fools who rigged the primary not only lost the White House, but they cost the Democratic party the Senate and the House.

Hillary, by cutting her secret deal with the Democrats, caused a disaster for the Democratic party and, really, the whole world.

When the blue and pink wave happens it will show that, indeed, American voters do want to elect women. They just didn't want to elect Hillary, the most hated, distrusted Democratic candidate in recent history. The profound bad judgment Democratic leaders used, as superdelegates backing Hillary, will be made ever more clear when we see how the country votes without her on the ballot.

Of course, when the blue wave happens, the DNC will try to take responsibility for the win. It will be important to challenge that lie and make it clear that the election was proof that Hillary and the DNC were the reason Trump won.

Related Topic(s): Democrats DNC; Hillary Clinton; Superdelegates, Add Tags
Add to My Group(s)
Go To Commenting
The views expressed herein are the sole responsibility of the author and do not necessarily reflect those of this website or its editors.