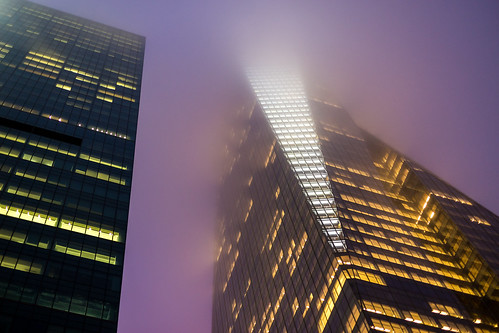 Why is the global capitalist class refusing to give up neoliberalism, even as neoliberalism creates growing dissension among the lower classes and rising risk of proletarian revolution? Because in a paradigm where profits have overall been declining since the 1970s, neoliberalism serves as the way for the rich to push the costs of capitalism's crises onto the backs of the poor. Neoliberalism was implemented because the 20th century model of social welfare states had become incompatible with the capitalist goal of endless growth.

In the 2020s, when two recent economic crashes have sent the capitalist world into a long-term depression and a pandemic is combining with the climate crisis to destabilize the social order, neoliberalism can only continue carrying out "growth" in the sense that it grows the wealth of the very richest. In the last four years, America's billionaires have collectively gotten $1 trillion richer than they had previously been thanks to a 60% rise in the stock market during this time. And since the start of the pandemic alone, they've gained over half a trillion dollars in combined wealth. This has happened even while millions in the U.S. have become permanently unemployed, and while as many as 150 are estimated to fall into poverty by 2021 for reasons related to Covid-19.

The maintenance of growing profits for these capitalists depends on a paradoxical goal: they have to keep getting richer as the economy keeps shrinking. The illogical nature of the stock market, with its conjuring of enormous numbers which don't at all reflect the material realities of the economy, can only result in tangible gains for the rich if further efforts are made to redistribute wealth upward. Which is where austerity, privatization, deregulation, and engineered wage decreases come in.

Throughout the next few years, all of these familiar policies of the neoliberal era will be pursued in overdrive. They're already being enacted on newly huge levels by the International Monetary Fund, which this year has made 81 countries carry out social services cuts, privatizations, and reductions of workers benefits. Last month Chema Vera, Interim Executive Director of Oxfam International, said that "These measures could leave millions of people without access to healthcare or income support while they search for work, and could thwart any hope of sustainable recovery. In taking this approach, the IMF is doing an injustice to its own research. Its head needs to start speaking to its hands."

Vera was referring to the research from within the IMF which have prompted it to recently start admitting that its policies only work to harm the living standards of the populations it impacts. Since the only alternative for the IMF would be to outright lie about the data, it's now in a position where it continues to proliferate destructive neoliberal policies while openly recognizing the fact that these policies spread poverty. Such is now the position of the capitalist ruling class in general, which knows that advancing its own class interests will require driving tens of millions-if not hundreds of millions-into economic deprivation throughout the coming decade.

It's certainly the case for the incoming Biden administration, which plans to enact further austerity within the core of the empire while solidifying corporate power within all the countries that Washington still holds dominance over. Biden's inner circle is set on the idea of austerity; Ted Kaufman, Biden's transition team planner, has said that "When we get in, the pantry is going to be bare. When you see what Trump's done to the deficit"forget about Covid-19, all the deficits that he built with the incredible tax cuts. So we're going to be limited."

Biden has also promised his Wall Street donors that since changing corporate behavior "is not going to require legislation," he's "not proposing any" policies to rein in corporate power. After the monopolization, deregulation, and privatization that's occurred throughout these last four years of Trump's capitalist accelerationism, this reality sets the stage for the unprecedented corporate power grab that Biden's team is quietly planning.

This will be the push for the U.S. to join the Trans-Pacific Partnership, the trade deal that Trump was pressured into rejecting due to its prospects for bringing about mass deregulation, greater corporate control over the internet, losses of environmental protections, and vast job loss within the U.S. Biden would no doubt have to overcome a new anti-TPP backlash to get it passed, but Biden's plans and motivations for joining the TPP indicate that the U.S. oligarchy would eagerly assist him. Last year he told the neoconservative think tank the Council on Foreign Relations that the TPP is a good way for countries to come together "to curb China's excesses." This means Biden's pursuit of the deal will be a weapon in the ever-escalating U.S. cold war with China, one that's marketed to lawmakers and the public as a crucial tool in the fight against the demonized Communist Party of China.

Biden will also try to portray his version of the TPP as one which accommodates labor and environmental concerns, but in any case it will accomplish its core goal: one that's not really even about trade, but about creating a world that's safer for corporate investment and mobility. If it's passed, it will be a permanent fixture within U.S. law. Barring some shocking victories for the environmental and labor movements within the negotiation of the TPP, it will make private corporations able to challenge the domestic laws and regulations of countries, including ones which pertain to telecommunications, health, and the environment. It will also further erode wages, worker benefits, and collective employee bargaining rights.

Under Biden, all the countries in the periphery of the regime in Washington-the U.S. especially-will undergo a great intensification of the neoliberal shock doctrine that's already driven over 100 million people worldwide into extreme poverty since the start of the pandemic. Trump's nationalistic protectionism has lessened some of the threats from global economic imperialism, since his rejection of the TPP and abandonment of Washington's role as the global leader in bilateral trade derailed the path that several Asian and Latin American countries had previously been on towards joining the TPP. Under Biden, the process of exporting corporate exploitation and power will be returned to its more effective and threatening Obama-era state.

The factor that will limit Biden's global reign of economic terror is the rise of countries and social movements that oppose U.S. hegemony. Due to the ongoing global dominance of neoliberalism, though, the impacts from this decline of the unipolar world order on the system of corporate exploitation remain dubious. Even Mexico's social democratic president Andre's Manuel López Obrador, who's promised to end neoliberalism within the country, has this year enacted severe austerity measures that are hurting the poor amid Covid-19. Bolivia's newly inaugurated president Luis Arce, despite representing a socialist party, has decided to be economically shrewd about his country's situation by stating that he'll enact austerity measures. And Russia's neoliberal austerity paradigm is continuing to deepen, despite Russia existing outside the grip of Washington's imperial control.

This is simply the nature of the global economy as it exists under neoliberalism: greater harm to the poor is to some extent inevitable in almost every country. What's bringing this global capitalist structure closer to its demise, and therefore making the Washington imperialists worried, is the rising presence of class struggle around the world. The Biden team is preparing to fight this global class war by quietly formulating plots for Obama-style coups in Latin America. Whether they come out victorious from this endeavor has yet to be determined.

Related Topic(s): Capitalism; Corona Virus Coronavirus Covid-19; Corporations; Imperialism; Oligarchy; Poverty, Add Tags
Add to My Group(s)
Go To Commenting
The views expressed herein are the sole responsibility of the author and do not necessarily reflect those of this website or its editors.