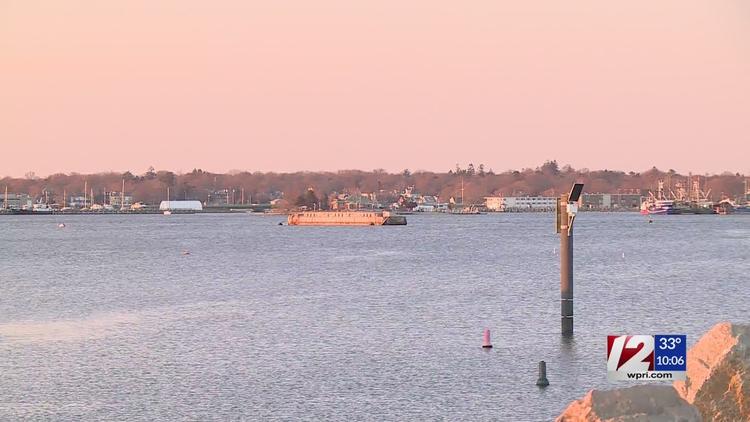 The federal Bureau of Ocean Energy Management is finished -- its environmental impact review of a wind farm in federal waters off Massachusetts.

According to AP, the company that wants to install the turbines, Vineyard Wind, had withdrawn its application last summer for fear Trump would reject it. President Biden, however, encouraged it once he took office and it seems approval has been fast-tracked

AP says that wind developers are ready to invest $100 billion in such installations by 2030, creating thousands of jobs.

The 84 huge offshore wind turbines will generate 800 megawatts, almost the nameplate power produced by a small nuclear plant, and will provide electricity to 400,000 households in southern Massachusetts. The state has 2.6 million households, so that is about a sixth of them.

The $3 billion wind farm will be America's first commercial scale offshore wind installation. Such facilities generate about 10 percent of Britain's electricity and about 15 percent of the electricity in the European Union, but the U.S. is backward in this regard, what with having a former president who actively hated wind energy and told lies about it. Trump seems to have signaled to the CEO of Vineyard Winds that he might as well not even bother. That is a shame, since the US has enormous offshore wind power potential.

The wind farm will be 12 nautical miles off the coast, so it will not spoil anyone's view, and the turbines are being spaced far enough apart so that fishing ships can navigate between them. The wind farm is not sited in an area of scallop fishing, a major local industry.

Sarah Doiron and Shiina LoSciuto report at WPRI that New Bedford Mayor Jon Mitchell said the completion of the environmental review "marks a historic milestone in the development of the offshore wind industry in America." New Bedford is the site where turbines will host the construction equipment for the wind farm.

In 2018, Vineyard Winds estimated that their proposed offshore wind project would generate electricity for 6.5 cents per kilowatt hour, including distribution to the grid, over the life of the project. Wind turbines have since come down in price, so I don't know if that estimate is current. If so, it will reduce Massachusetts electricity bills by $1.4 billion over 20 years.

There are 12 similar projects being planned along the East Coast.

The Vineyard Winds wind farm is expected to be operational in only two years.

WPRI: As project nears final approval, Vineyard Wind hopes to have offshore wind farm up and running by 20

Related Topic(s): Biden Endorsement; Massachusetts; Trump Against Climate Change; Wind Energy; Wind Power, Add Tags
Add to My Group(s)
Go To Commenting
The views expressed herein are the sole responsibility of the author and do not necessarily reflect those of this website or its editors.