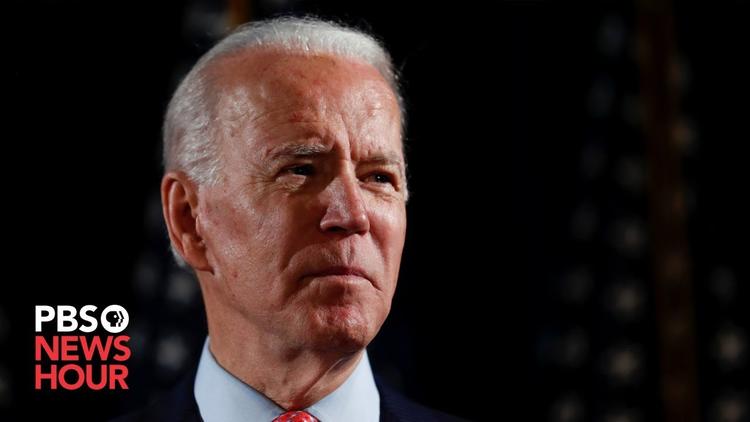 Joe Biden addressed the Million Muslim Votes organization on Monday. In the context of the extreme hatred for Muslims of the Trump administration and the wider Trump movement, his remarks were crucially significant but probably won't be noticed on cable news.

"You're doing what has never been done before -- you're registering turning out one million Muslim voters this November. It matters. Your vote is your voice. Muslim American voices matter to our communities, to our country. But we all know that your voice hasn't always been recognized or represented or gotten the recognition it deserves. And that's your right as a citizen. What you're doing is making a real difference.

[Eulogizes the late Rep. John Lewis and advocacy for voting rights for all.] "It was no surprise that when Trump announced the Muslim ban in his first week in office, John went directly to Hartsfield Int'l Airport in his home district in Atlanta to demand answers of immigration officials. They wouldn't tell him how many people were being detained. Know what his answer was simply? We don't we just sit down and stay awhile."

[Urged new legislation for restoration of Voting Right Act.] "Muslim communities were the first to feel Donald Trump's assault on black and brown communities in this country with his vile Muslim ban. That fight was the opening barrage in what has been nearly four years of constant pressure and insults and attacks against Muslim American communities ["and other minorities "]. Donald Trump has fanned the flames of hate in this country across the board... under this administration we have seen an unconscionable rise of Islamic-phobia, and incidents including kids being bullied in school and hate crimes in our communities. He's named people with a history of open Islamic-phobia open, straightforward, who have no business serving in high positions in our government, to key leadership roles in our Department of Defense and the Agency for International Development. It is not only an insult to our values, it weakens our standing in the rest of the world ... he is making a mockery of what we stand for.

I want to work in partnership with you, make sure your voices are included in the decision-making process."

Biden in essence gave a lay homily or sermon about tolerance and hate in today's America. He began by urging that something about Islam be taught in American schools. Of course, US public schools seldom touch religion, including the History of Religions, because of the separation of religion and state. But there has been a lively movement for the teaching of World History, and the history of Muslims is the history of one fifth of humankind, so that would be a good rubric for it. Alas, it is often an elective, and I don't know how widely it is offered. I took such a class when I was in High School and it obviously made a big impact on me.

People on my social media feeds have wondered what Biden meant by calling Islam one of the great confessional religions. My guess is that this is terminology he imbibed from his Catholic upbringing and reading in theology. He probably meant by it a distinctive set of beliefs that adherents must acknowledge. This Swiss site talks about Protestants and Catholics as "confessions" and says such confessions were seen in 19th century German thought to be instrumentalized for political solidarity. Muslims "confess" that there is no god but God and Muhammad is his prophet. This European sense of confession overlaps with what Americans would just call a denomination. Because of its French colonial heritage, Lebanon is a country of such "confessions" (Christian, Sunni, Shiite, Druze), and confessional identity shapes politics there.

He underlined the common Abrahamic origins of Judaism, Christianity and Islam, though he did not use the term "Abrahamic." As a liberal Irish Catholic, Biden is probably influenced by Vatican II and its religious tolerance (it admitted that some of the light that shines in Christianity is also present in Islam). American Catholics can go either way when the contemplate the increasing hatred of Muslims. They can identify with the Muslims, having themselves been victims of Protestant intolerance. Or they can pile on, like Steve Bannon, and use right wing Catholicism as a stick to beat Muslims with. Biden is among the former.

Biden's remarks incorporated Muslim-Americans as one thread into the national fabric. He depicts them as the first to feel the full force of Trumpian hatred and prejudice, which, however, is also aimed at other minorities. The Muslim Americans, he said, were in the vanguard of feeling the discrimination that would lead to their children being constantly bullied, and to hate crimes against their communities (under Trump, many mosques have been burned down).

For Biden, all Americans are suffering under Trump, and Muslim-Americans are exemplary in being his first and most exploited victims, via the "vile" Muslim Ban, which Biden vows to undo.

Related Topic(s): American Muslim Institution; American Muslims; American_History; Discrimination; Muslim; Muslim Bashing; Muslim Lives Matter; Trump Cruelty; Trump Liar, Add Tags
Add to My Group(s)
Go To Commenting
The views expressed herein are the sole responsibility of the author and do not necessarily reflect those of this website or its editors.