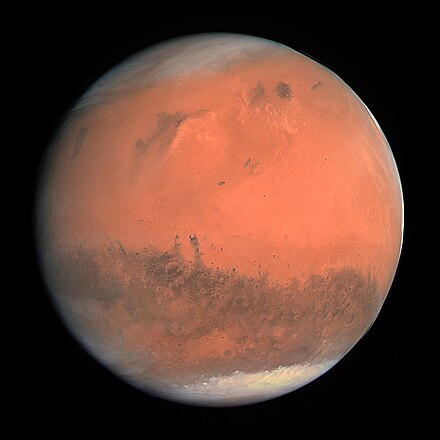 The Emiratis understand that their economy, primarily based in oil revenue, though presently lucrative, is a short-term prosperity. A future that is dependent on oil is unstable and unkind, it is not a reliable resource for an advancing economy.

Something truly remarkable happened on Feb. 9th, 2021, which I fear has not been fully comprehended by most of the Western hemisphere in terms of its massive implications as a game-changer in geopolitics for the Middle East.

It is for this very reason that the UAE's story for why they decided to create their Hope (or Amal in Arabic) mission to Mars is so very striking against this politically cynical foreground.

The reason for this is because the Emirates government itself has made it clear that the space-science goals come second for their Hope Mission. What comes first? "A lot of you might ask us, 'Why space?'" Omran Sharaf, the Hope project manager, said during a news conference. "It's not about reaching Mars," like major ports and road ventures before it, the Mars mission is a mega-project designed to cause "a big shift in the mindset [of the Emirati people]"[the driver] is not space, it's economic."

The Emiratis understand that their economy, which is primarily based in oil revenue, though presently lucrative, is a short-term prosperity. A future that is dependent on oil is unstable and unkind, it is not a reliable resource for an advancing economy. It is also understood that the environmental challenges (the country is built on a desert), issues of water and food availability, are very real and pressing concerns.

It is from this recognition that the UAE government tasked a group to be formed, pretty much from scratch, with the goal to send an orbiter spacecraft into the Mars orbit with a 6 year deadline (the usual course is ten years for established experts in the field), so that the Emiratis orbiter could arrive on the 50th anniversary of the founding of the UAE.

On Feb. 9th, 2021, after a seven month journey, Hope successfully executed a perilous 27 minute thruster burn to slip into orbit around Mars, making the UAE the fifth nation to visit the Red Planet (the other four are: the U.S., Russia, the European Union, and India).

China's Tianwen-1 (translated as Questions to Heaven) joined Hope a day after into Mars' orbit and became the sixth nation to visit Mars. China is the first nation to have sent both an orbiter and rover in one shot, the rover is scheduled to land on Mars May 2021, if successful, China will be the second nation to operate a rover on Mars. The U.S.' Perseverance rover successfully landed on Mars on Feb. 18th.

The reason why all three countries are entering Mars in the same month is because the orbital dynamics of Earth and Mars line up properly for interplanetary missions for just a few weeks once every 26 months.

The Hope mission success promises to pull the UAE into an economic transformation, through further science driver programs whose aim will be to address future water and food shortages and create an alternative energy sector that is not oil dependent (1), which would be a much greater prize than just getting data from Mars. Getting to Mars is important, says Sarah Al Amiri (who is the Deputy Manager of the Emirates Mars Mission), but "how we get there is even more important".

As the first Arab nation to perform an interplanetary venture, the UAE has been quick to make clear to the international community that they perceive this success as something to be shared with their Arab neighbours and to encourage the development of science driver programs in fellow Arab countries to solve the issues of scarcity in the Middle East.

It is for this reason that as early as March 2019, the UAE helped organise a Global Space Congress meeting and the formation of the first regional team, consisting of eleven Arab states, to cooperate on a space program. The idea behind this is for the UAE to help train scientists from these eleven Arab countries at centers such as the Mohammed Bin Rashid Space Center located in Dubai, so that these scientists can return to their countries with the knowledge and training to build their own space programs.

The UAE has also announced that the Emirates Mars Mission (EMM) will release its data to the international scientific community without an embargo, recognising that the progress of a neighbour is beneficial for all.

Related Topic(s): UAE United Arab Emirates, Add Tags
Add to My Group(s)
Go To Commenting
The views expressed herein are the sole responsibility of the author and do not necessarily reflect those of this website or its editors.