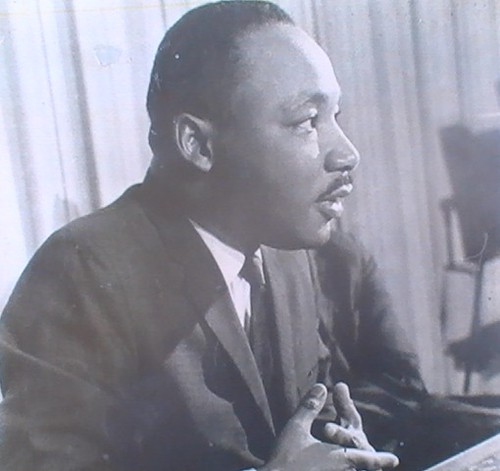 When Martin Luther King preached his famous sermon "Beyond Vietnam" at Riverside Church in New York City in April 1967, I don't recall giving his words a second thought. Although at the time I was just up the Hudson River attending West Point, his call for a "radical revolution in values" did not resonate with me. By upbringing and given my status as a soldier-in-the-making, radical revolutions were not my thing. To grasp the profound significance of the "the giant triplets of racism, extreme materialism, and militarism" to which he called his listeners' attention was beyond my intellectual capacity. I didn't even try to unpack their meaning.

In that regard, the ensuing decades have filled a void in my education. I long ago concluded that Dr. King was then offering the essential interpretive key to understanding our contemporary American dilemma. The predicament in which we find ourselves today stems from our reluctance to admit to the crippling interaction among the components of the giant triplets he described in that speech. True, racism, extreme materialism, and militarism each deserve and separately sometimes receive condemnation. But it's the way that the three of them sustain one another that accounts for our nation's present parlous condition.

Let me suggest that King's prescription remains as valid today as when he issued it more than half a century ago hence, my excuse for returning to it so soon after citing it in a previous TomDispatch. Sadly, however, neither the American people nor the American ruling class seem any more inclined to take that prescription seriously today than I was in 1967. We persist in rejecting Dr. King's message.

Martin Luther King is enshrined in American memory as a great civil rights leader and rightly so. Yet as his Riverside Church Address made plain, his life's mission went far beyond fighting racial discrimination. His real purpose was to save America's soul, a self-assigned mission that was either wildly presumptuous or deeply prophetic.

Andrew J. Bacevich is professor of history and international relations at Boston University. His new book is The Limits of Power: The End of American Exceptionalism.
Related Topic(s): Beyond Vietnam Breaking The Silence; Covid-19; Donald Trump Criminal; History; Racism; Trump Against Democracy; Wars, Add Tags
Add to My Group(s)
Go To Commenting
The views expressed herein are the sole responsibility of the author and do not necessarily reflect those of this website or its editors.

The real story of Obama's Wars

Answering the Armies of the Cheated

Beyond Donald Trump -- When Poisons Curdle