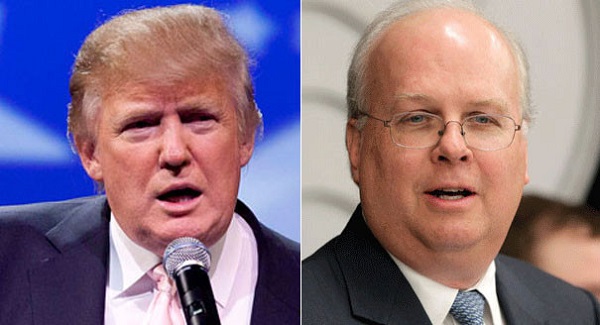 George W. Bush political dirty tricks and battleground state election rigging mastermind Karl Rove has been enlisted by the White House and the Trump re-election campaign to assist in a strategy to overcome presumptive Democratic presidential candidate Joe Biden's consistent lead in the polls. Rove, who, in 2016, called Trump a "complete idiot" and "graceless and divisive," only to later meet with Trump at casino tycoon Steve Wynn's home in Manhattan, has been in regular contact with Trump presidential adviser Jared Kushner and Trump campaign manager Brad Parscale. Rove attended a White House meeting last week with Trump and key Trump advisers. On the agenda was cutting Biden's lead in the key battleground states of Pennsylvania, Michigan, Wisconsin, Florida, North Carolina, and Arizona.

Rove led efforts that saw Bush win the electoral votes of Florida in 2000 and Ohio in 2004, barely edging out Al Gore and John Kerry to win the elections. Post-election analysis revealed that Rove and Republican secretaries of state in both Florida and Ohio purged voter rolls of registered Democrats, under-counted Democratic votes, and manipulated touch-screen and other types of voting machines. Biden has been holding slight leads in polls this year in both Florida and Ohio, which means, with Republican governors, they are ripe for vote theft.

The presence of Rove as a Trump re-election strategist, particularly in an election year that coincides with a pandemic, should concern election officials across the nation. Rove and Trump friend and adviser, the now-convicted Roger Stone, worked together during the Richard Nixon administration under the direction of Nixon's chief political trickster, Donald Segretti, and political hatchet man, Charles Colson.

One strategy that Parscale and Rove may attempt to use on the Biden campaign is to create a scandal between the two party conventions and the election. Rove is a master at using someone's strengths against them. With U.S. relations with almost every nation in the world at historical low points under Trump, foreign lobbyists are beginning to swirl around Biden and his campaign advisers. As vice president and chairman of the Senate Foreign Relations Committee, Biden developed strong links with many foreign leaders and governments. Rove, who is no stranger to Washington lobbying, may attempt to entrap Biden's campaign with a "dangle"a foreign-connected lobbyist offering cash to the Biden campaign, which is illegal under federal election law. Hypocritically, Trump has had no problem in both accepting foreign campaign cash and flouting the federal law.

Lobbyists who the Biden campaign should be particularly concerned about are those representing Saudi Arabia, Morocco, Egypt, Abu Dhabi, Qatar, Turkey, Dubai, the Republic of Georgia, and China. All of these nations have lobbying links to former staffers in the office of then-Vice President Biden.

Why will Rove and the Trump campaign attempt to dangle foreign cash and in-kind contributions to members of the Biden campaign? It will be a hypocrisy trap. Biden has vowed to overhaul the Foreign Agents Registration Act (FARA), which governs foreign lobbying in the United States.

Biden has set forth the following policy on foreign lobbying: "There is no reason why a foreign government should be permitted to lobby Congress or the Executive Branch, let alone interfere in our elections. If a foreign government wants to share its views with the United States or to influence its decision-making, it should do so through regular diplomatic channels. The Biden Administration will bar lobbying by foreign governments; and it will require that any foreign business seeking to lobby must verify that no foreign government materially owns or controls any part of it."