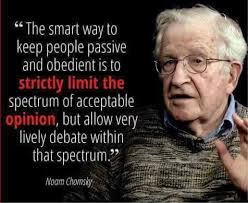 This Sunday's readings are about truth, the world's rejection of the same, and about the truth-teller's willingness to take the consequences - even if they entail loss of one's life.

The readings are extremely relevant to our moment in history. There, the current occupant of the White House has from day one (and before) challenged conventional ideas about truth itself. His administration popularized the phrases "fake news" and "alternative facts." The Washington Post alleges that in less than one year, the chief executive told more than 2000 lies.

In the meantime, sources like QAnon have spread right-wing conspiracy theories that have many scratching their heads about what to believe. For instance, are Q's assertions true that:

In the context of COVID-19, beliefs are widespread that:

With all of that in mind, a lively debate has erupted for the past couple of weeks among OpEdNews senior editors. It was sparked by an editorial penned by the website's editor-in-chief (EIC), Rob Kall. Rob has taken a courageously firm editorial stance against articles that reflect the right-wing talking points of view just listed. According to Rob, they're all "bad guy" theories. Moreover, the uncritical use of right-wing talking points and language (e.g. "deep state," "pLandemic," and "New World Order") only serve to boost and promote right wing messaging. The EIC wrote, "When you use the language of the enemy, you help the enemy . . . So, stop using their language."

For me, Rob's stance makes a lot of sense. But I can also see how others (excluding the senior editors) might label it just another example of "cancel culture?" Are we to cancel well-written and well-documented articles because of their conspiratorial language?

More importantly (at least in the context of this Sunday homily) can we get away with classifying those we disagree with as "bad guys" or as "the enemy?"

[Believe me, I ask that question with some trepidation. I'm uncomfortable with the theories listed above. Many of them (not all - see below) seem outrageous. Most often, I think of Donald Trump and his cohorts as "the enemy" - as "bad guys."]

However, such reflections bring me back to this Sunday's readings and their faith underpinnings. All of the readings underwrite truth alternatives severely in conflict with unquestioned cultural convictions. They point to the embrace of those who hold "unacceptable" opinions.

And it's not just the Judeo-Christian tradition I'm talking about. Instead, I'm referencing all the non-dual spiritualities that find home in all the world's Great Religions. In their mystical forms, they all agree that there's no distinction between us and those we're tempted to "other" as bad guys and enemies. Despite our understandable antipathies, none of them is cancelable any more than we would like to be.

Even more familiarly, Jesus the Christ recommended loving "your neighbor as yourself" (i.e. because she or he is yourself). That's because (as Marianne Williamson puts it) "There is really only one of us here." Ken Wilber comes close to saying the same thing when he observes (uncomfortably for me!) that given their level of consciousness, everyone is right -- at least partially. And then there's Deepak Chopra who says everyone's doing the best they can.

Again, with all of that in mind imagine, for instance, how Donald Trump or QAnon partisans would relate to today's readings. Please check out the originals for yourself here to see what I mean. My "translations" run as follows:

Related Topic(s): Conspiracy Theories; Corona Virus Coronavirus Covid-19; Disinformation; Faith; Jesus; Lies; OpEdNews; Pedophilia; Qanon; Sunday; (more...) Truth, Add Tags  (less...)
Add to My Group(s)
Go To Commenting
The views expressed herein are the sole responsibility of the author and do not necessarily reflect those of this website or its editors.