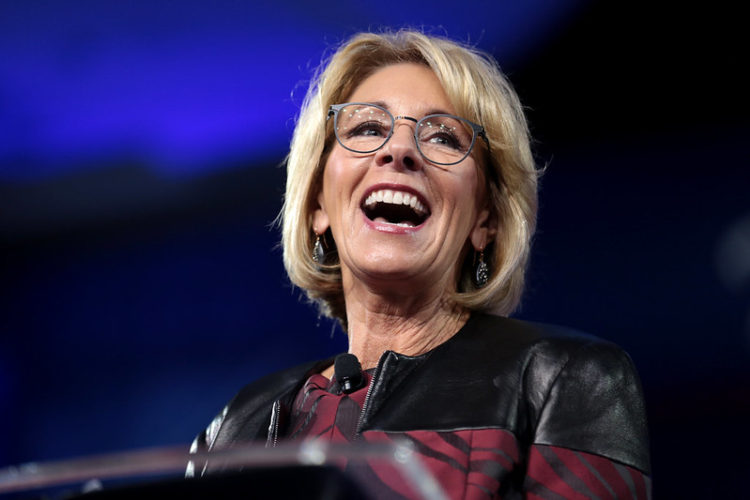 A federal judge on Thursday held President Donald Trump's billionaire Education Secretary Betsy DeVos in contempt of court for failing to comply with an order to stop collecting loan payments from former students of Corinthian Colleges, a defunct for-profit college company that defrauded tens of thousands of borrowers.

Judge Sallie Kim of the U.S. District Court in San Francisco also hit the Education Department with a $100,000 fine for violating the injunction.

"Money from the fine will be used to compensate the 16,000 people harmed by the federal agency's actions," the Washington Post reported. "Some former students of the defunct for-profit college had their paychecks garnished. Others had their tax refunds seized by the federal government."

commondreams.org is a progressive publisher
Related Topic(s): Betsy Devos; Court Order; Education; Payments; Students, Add Tags
Add to My Group(s)
Go To Commenting
The views expressed herein are the sole responsibility of the author and do not necessarily reflect those of this website or its editors.