Some liberals, progressives, and Democrats are in despair because in November, conservatives not only took Congress, but a majority of statehouses as well. Yet some conservatives, Republicans, and Tea Partiers are in despair because Democrat Barack Obama still is in the White House issuing executive orders and vetoing Republican legislation, and because Democrat Hillary Clinton is the favorite for president in early polling for the 2016 race. 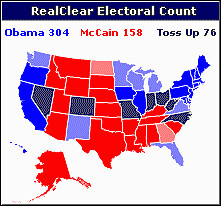 The electoral map offers opportunities for both ends of the political spectrum.
(Image by New England Secession)   Details   DMCA

The worst of times? No, it's the best of times for people on both ends of the political spectrum.

That 2008 election energized young people, and although many of them stayed home in 2010, they came back to re-elect President Obama in 2012. The first-time voters in 2008 and 2012 can be expected to be interested in politics to some degree for the rest of their lives.

Only a few years ago, the only political television shows were broadcast in the hangover-recovery hours of Sunday morning. In the 1990s, Fox News brought politics into people's living rooms in prime time, and in the 2000s other cable networks such as MSNBC followed Fox's lead. More radio shows are devoted to politics than ever before. The internet has put thousands of political sites literally at everyone's fingertips and in their pockets on their cell phones.

The 2008 and 2012 elections elicited strong interest on both the left and the right. In 2010 the Tea Party and in 2011 the Occupy Wall Street movement energized Americans who hadn't been active in politics for a long time, or ever.

For Democrats and progressives, things have not looked this good since the 1970s. Democrats in the latter part of the first decade of the century won elections in places such as Utah and the deep South, which would have been unthinkable only a few short years ago.

Combining the 2008 presidential vote totals for Barack Obama, Ralph Nader, and Cynthia McKinney results in a total of 70.3 million Americans who voted left-of-center--the most ever.

National Review magazine predicted in 2000 that if immigration and America's changing ethnic composition proceed at their current pace, the G.O.P. will not win any presidential elections again. In 30 years, whites will be a minority in the U.S. while the Hispanic and Asian populations--generally Democratic voters--will double.

But things are looking good for conservatives, too.

In the 2008 election, states covering 1,483,702 square miles voted for Democratic presidential candidate Barack Obama, while states covering almost a million more square miles, 2,310,315, went for Republican John McCain, and the electoral map looked about as red in 2012 as well. That is a lot of Republican territory.

For Republicans and conservatives, the setbacks of 2008 meant that the party and the movement needed and had opportunities for some fresh ideas and fresh faces, so in came the Tea Party in 2010. In 2010, Tea Party and Republican candidates won the Congress and many state legislatures and governorships, and they did pretty much just as well in 2014.

The Tea Partiers only were following history. After a national Democratic sweep in 1964, the Republican Party needed new faces and new ideas too, and somebody like Ronald Reagan could go from private citizen directly to governor in 1966, and to viable presidential candidate only two years later.

No matter where you are on the political spectrum, the key is to have the will to fight and to not listen to the other side.

That was my overriding principle in writing my book, Winning Political Campaigns: A Comprehensive Guide to Electoral Success, a how-to e-book providing information on everything a candidate, campaign worker, or activist needs to know to conduct a political race.

William S. Bike is Senior Vice President of ANB Communications, a communications consulting and political consulting firm based in Chicago. Bike has worked in journalism, public relations, and politics since 1979 and is the former Communications (more...)
Related Topic(s): Conservatives; Democrat; Democrats; Liberals; Nader; Political Change; Political Parties; Political Psychology; Political Science; Political Science; (more...) Politics; Republican, Add Tags  (less...)
Add to My Group(s)
Go To Commenting
The views expressed herein are the sole responsibility of the author and do not necessarily reflect those of this website or its editors.