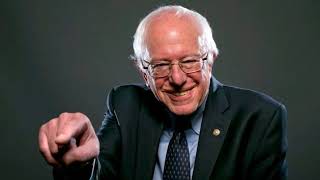 So when will they get behind Bernie Sanders' single-payer plan, which would do away with the paper-pushing waste in our healthcare system once and for all?

On Wednesday afternoon Vermont Senator Bernie Sanders officially unveiled his plan for single payer healthcare, saying it was the start of a long fight to end the international shame that is our current healthcare system.

"Today, we begin the long and difficult struggle to end the international disgrace of the United States, our great nation, being the only major country on earth not to guarantee health care to all of our people. As proud Americans, our job is to lead the world on health care, not to be woefully behind every other major country."

Bernie's plan -- the so-called Medicare for All Act of 2017 -- would gradually phase every single American into the existing Medicare program over a four year period.

From that point onwards, healthcare would be free -- I repeat, free! -- for everyone.

The would be virtually no co-pays -- no premiums -- no deductibles -- no nothing.

Oh yeah -- and unlike Obamacare -- Berniecare would cover going to the dentist and the eye doctor.

It would also repeal the Hyde Amendment, which bars federal funds from being used to pay for abortions.

Single-payer gives people the ability to go to whatever doctor they want whenever they want without worrying about whether they'll go bankrupt.

Conservatives are all about repealing Obamacare.

So, let's do it and replace it with Medicare for all!

Related Topic(s): Conservatives; Health Care Universal - Single Payer; Healthcare; Medicare, Add Tags
Add to My Group(s)
Go To Commenting
The views expressed herein are the sole responsibility of the author and do not necessarily reflect those of this website or its editors.