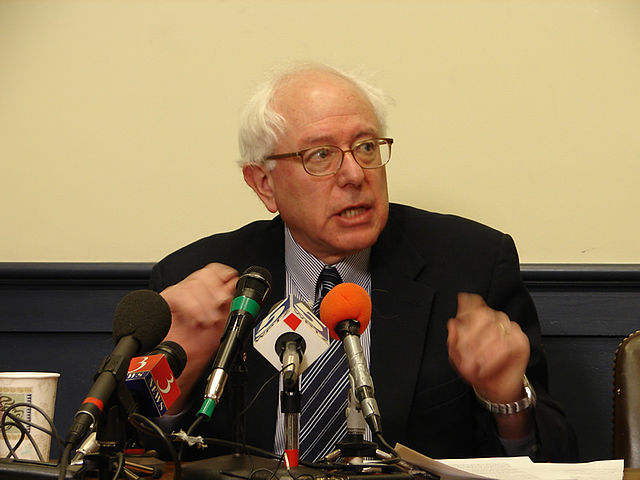 On September 5, US Senator Bernie Sanders (I-VT) and US Representative Ro Khanna (D-CA) announced a new bill intended to claw back $150 billion per year in public assistance costs as tax revenues. Because all laws must come with catchy acronyms these days, and because this one targets Amazon CEO Jeff Bezos, it's called the Stop Bad Employers by Zeroing Out Subsidies -- Stop BEZOS -- Act.

According to the press release from Sanders's Senate office, Stop BEZOS "aims to end corporate welfare by establishing a 100 percent tax on corporations with 500 or more employees equal to the amount of federal benefits received by their low-wage workers. For example, if a worker at Amazon receives $2,000 in food stamps, the corporation would be taxed $2,000 to cover that cost."

Let's consider the desired effect, and the more likely actual effects, of the Sanders/Khanna scheme.

The desired effect, of course, is that Amazon, Walmart, and other large employers will pay their workers "living wages" such that those workers needn't turn to food stamps, subsidized housing, etc., to get by.

The more likely effect is that Amazon, Walmart, and other large employers will 1) speed up their adoption of labor-saving technologies such as robotics, and 2) change their hiring and employee policies.

Robots don't need food stamps. Or housing. Or healthcare. Or public transit. They'll work 24/7/365 without complaint, vacation or overtime pay. They don't get mad and walk out. They seldom "call in sick." And they're already increasingly cost-competitive with even low-wage human labor.

Job applications will include questions like "do you receive any of the following forms of government assistance?" Applicants who answer "yes" won't get interview callbacks. Employee policies will make it clear that accepting any of the tax-triggering programs will result in immediate termination.

Yes, those policies will reduce the pool of workers available to work for those companies. That might force wages up some. But it's also likely to increase the length of time that people who NEED government assistance CONTINUE to need that government assistance. Not because they don't want to work, but because the wage deals they're able to drive won't exceed the lost benefit dollars.

If the programs in question are going to exist -- as a libertarian I would prefer to see them phased out in favor of voluntary charity and of the higher wages that companies with lower tax burdens can afford to offer, but I don't expect that any time soon -- the smarter option is to scale down benefits as a fraction of increased earnings.

Like: For every $3 an assistance recipient earns in the labor market, the benefits are decreased by $1, reaching zero when his or earnings reach a "living wage" level.

Perfect idea? No, but better than Bernie's bozo BEZOS boondoggle.

Related Topic(s): Bernie Sanders; Congressman Ro Khanna Silicon Valley; Jeff Bezos; Khanna-Ro; Stop Bezos Act, Add Tags
Add to My Group(s)
Go To Commenting
The views expressed herein are the sole responsibility of the author and do not necessarily reflect those of this website or its editors.