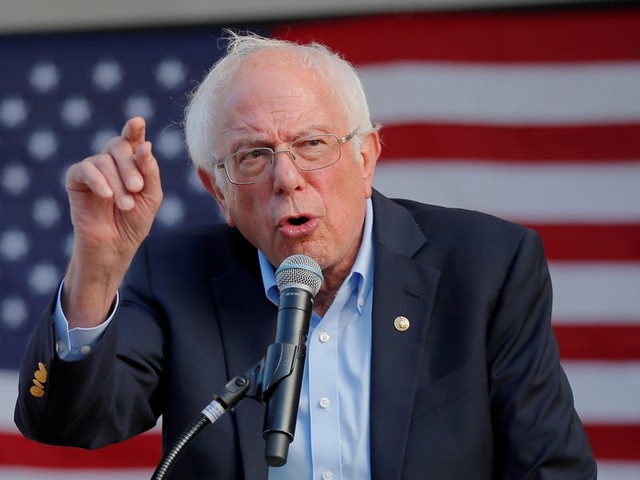 Some use crises to enrich themselves, like Senators Jim Inhofe, Richard Burr, Ron Johnson, Kelly Loeffler, and Diane Feinstein were discovered last week to have been doing.

Some, however, seize opportunities crises present to usher in structural changes to prevent further crises.

Such an individual is Vermont Senator and Democratic presidential candidate Bernie Sanders.

As Congress moves closer to finalizing a $2 trillion stimulus package to help mitigate the economic havoc the COVID-19 coronavirus pandemic is wreaking, Sanders has offered up his own $2 trillion plan.

But unlike the means-test two-week sick leave bill with no provisions for freelance and gig workers House Speaker Nancy Pelosi (D-Calif.) originally favored, Sanders wants every everyone the virus has left unemployed to receive $2,000--100% of unemployment benefits--in monthly cash payments.

This is similar to the proposals the House Financial Services Chairwoman Rep. Maxine Waters proposed Wednesday that includes billions in grants to small businesses.

That's not all Sanders is doing to aid those the virus is afflicting.

He is using his prodigious individual donor base to raise millions for charities, raising $2 million in the first 48 hours after donations began Saturday.

"Bernie Sanders supporters have contributed more than $2 million in 2 days to charities helping people whose lives have been impacted by the coronavirus. Not done yet."

"What we've seen in the last two days is the definition of 'fighting for someone you don't know.' The people supporting this campaign have made more than 50,000 donations to help those most impacted by coronavirus because they understand that now more than ever it is important that we are in this together."